Let me start off by saying I strongly dislike all things cooking whole chicken. Really. I'm not a fan of raw chicken in general, but whole chicken is just a whole other ball game. So I'm always on the hunt to find a recipe that requires the least amount of touching the slimy thing that I just know is going to make me sick from salmonella somehow. 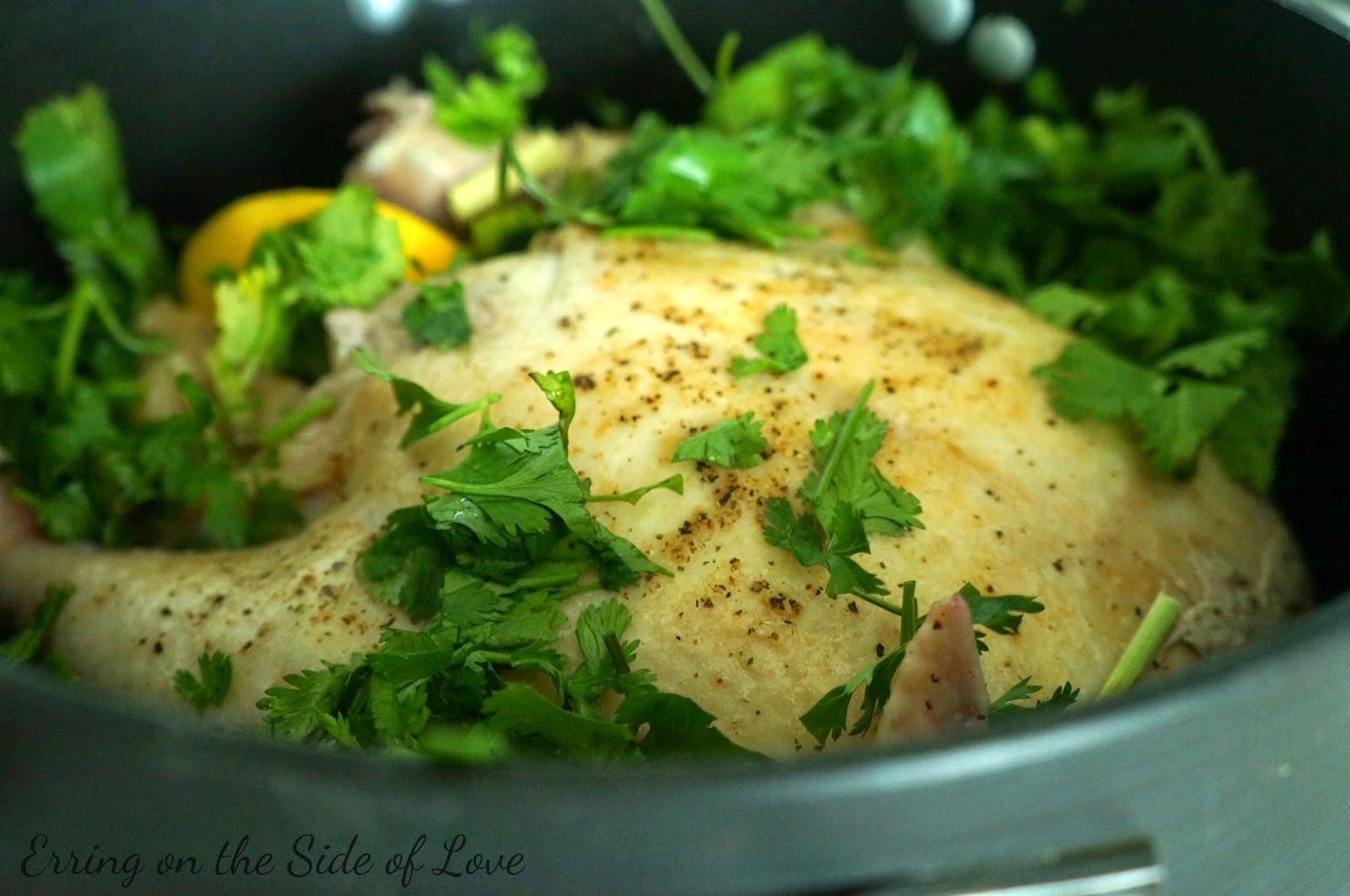 You can imagine how excited I was to find this roasted chicken recipe from the kitchn! I was thrilled. It involved me washing and drying the chicken, patting it dry (I told myself it was comparable to bathing my stinky boys), and sticking it in a dutch oven (Another reason I love this recipe! Cleaning a dutch oven is much easier than a crockpot or a baking pan!). Very little mess when there normally is tons more. Or at least for me and whole chickens. 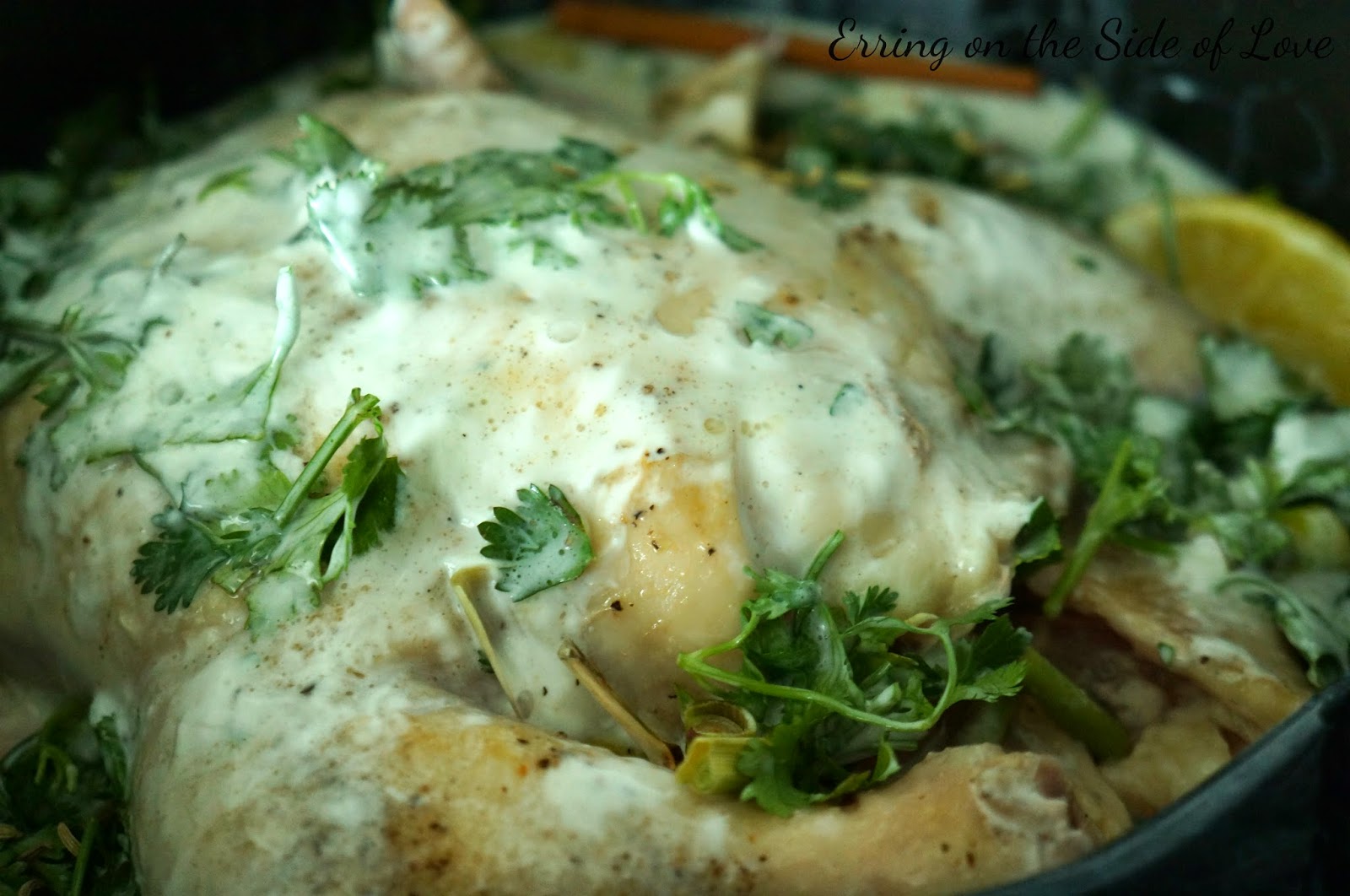 I've cooked with coconut milk before (which I love!), but never Lemongrass (which I now love too!). This recipe calls for both as well as some other favorites like cilantro, lemon, cinammon, garlic, and spinach! All things gloriously yummy! 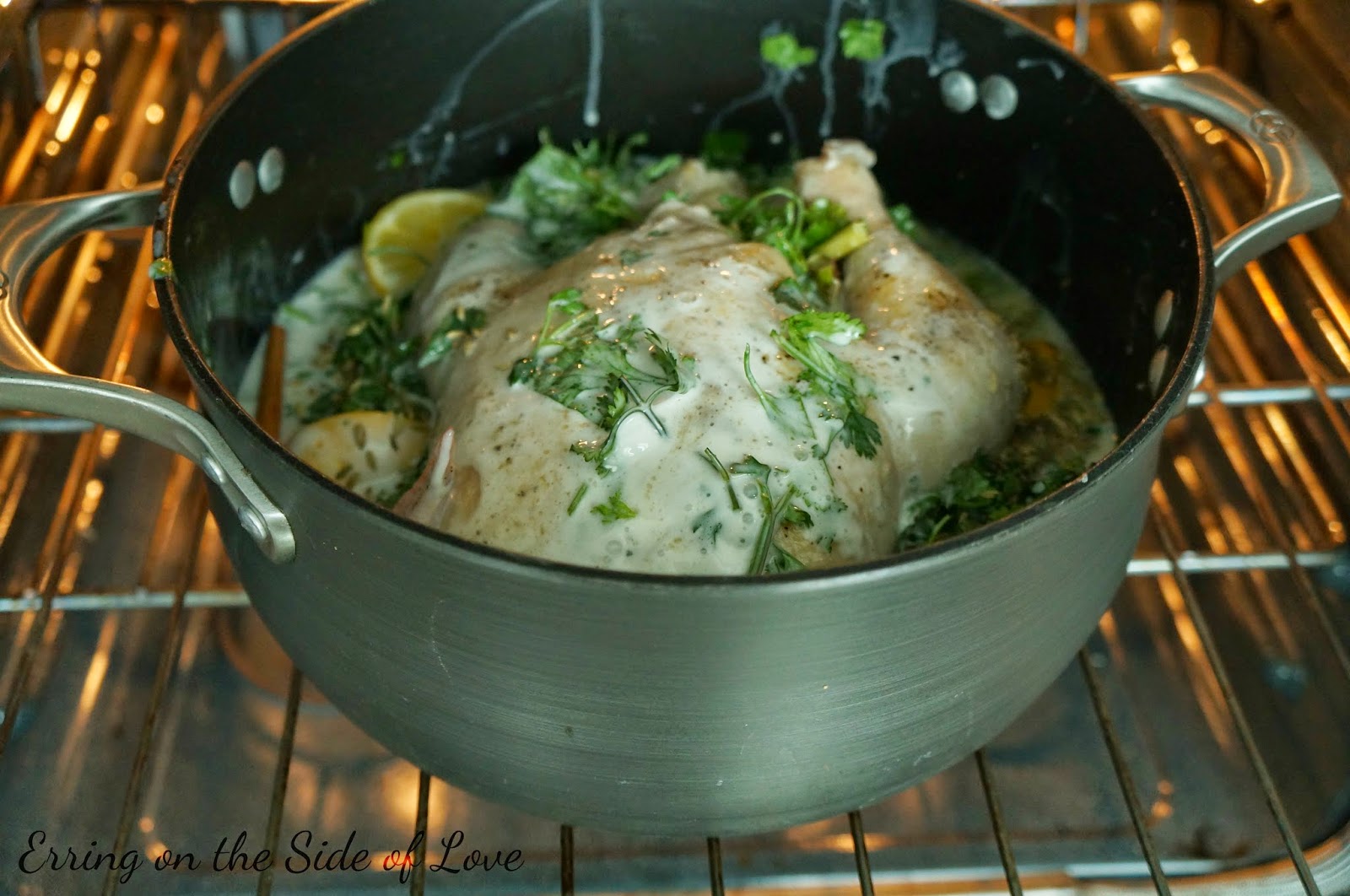 I can't tell you how much we love this chicken. It's fragrant the entire time it's cooking and falls right off the bone once done.

I make it over my favorite Texmati rice and absolutely loved the touch of spinach being sauteed in the juices that come from all the amazing flavors. 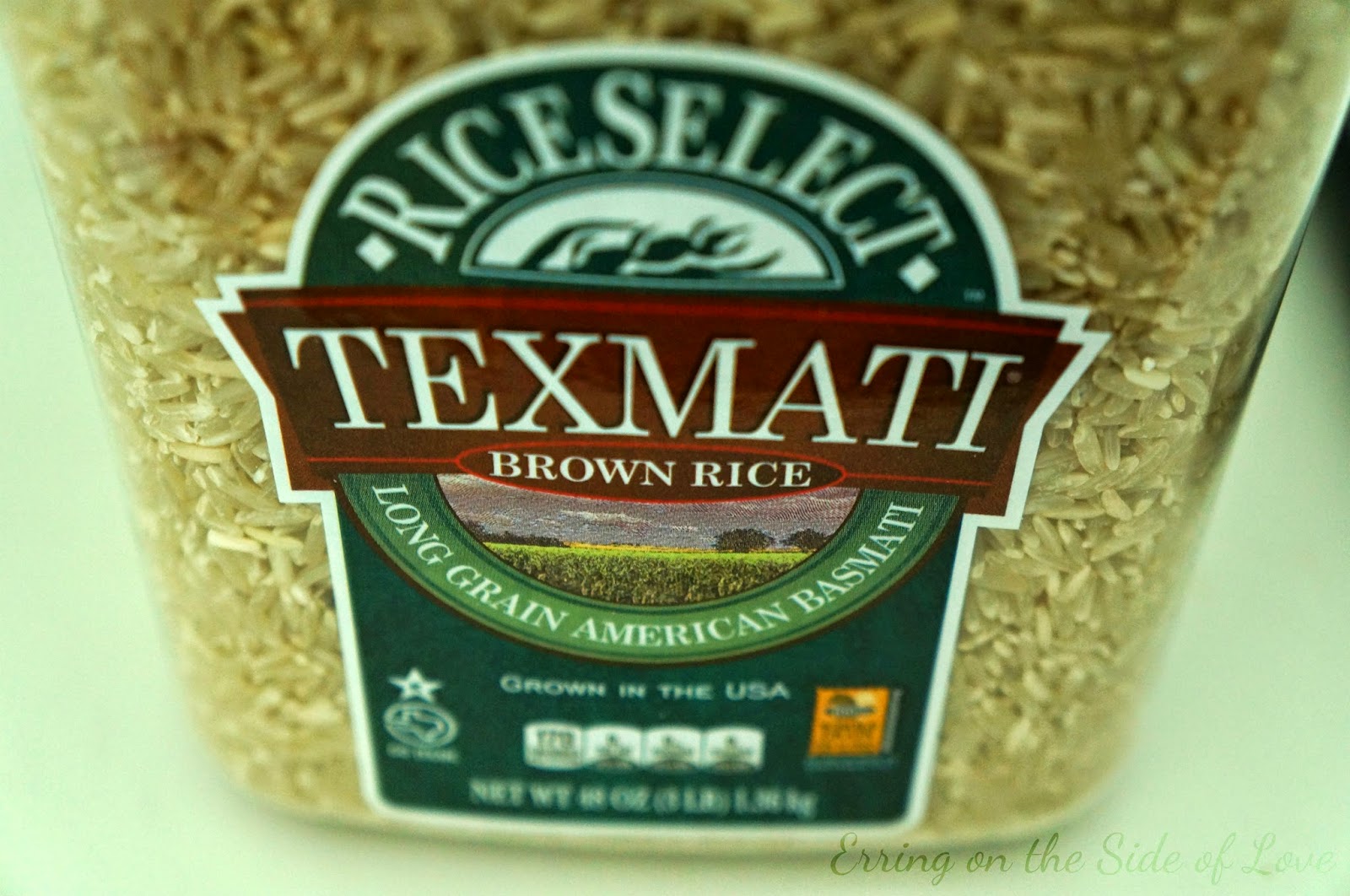 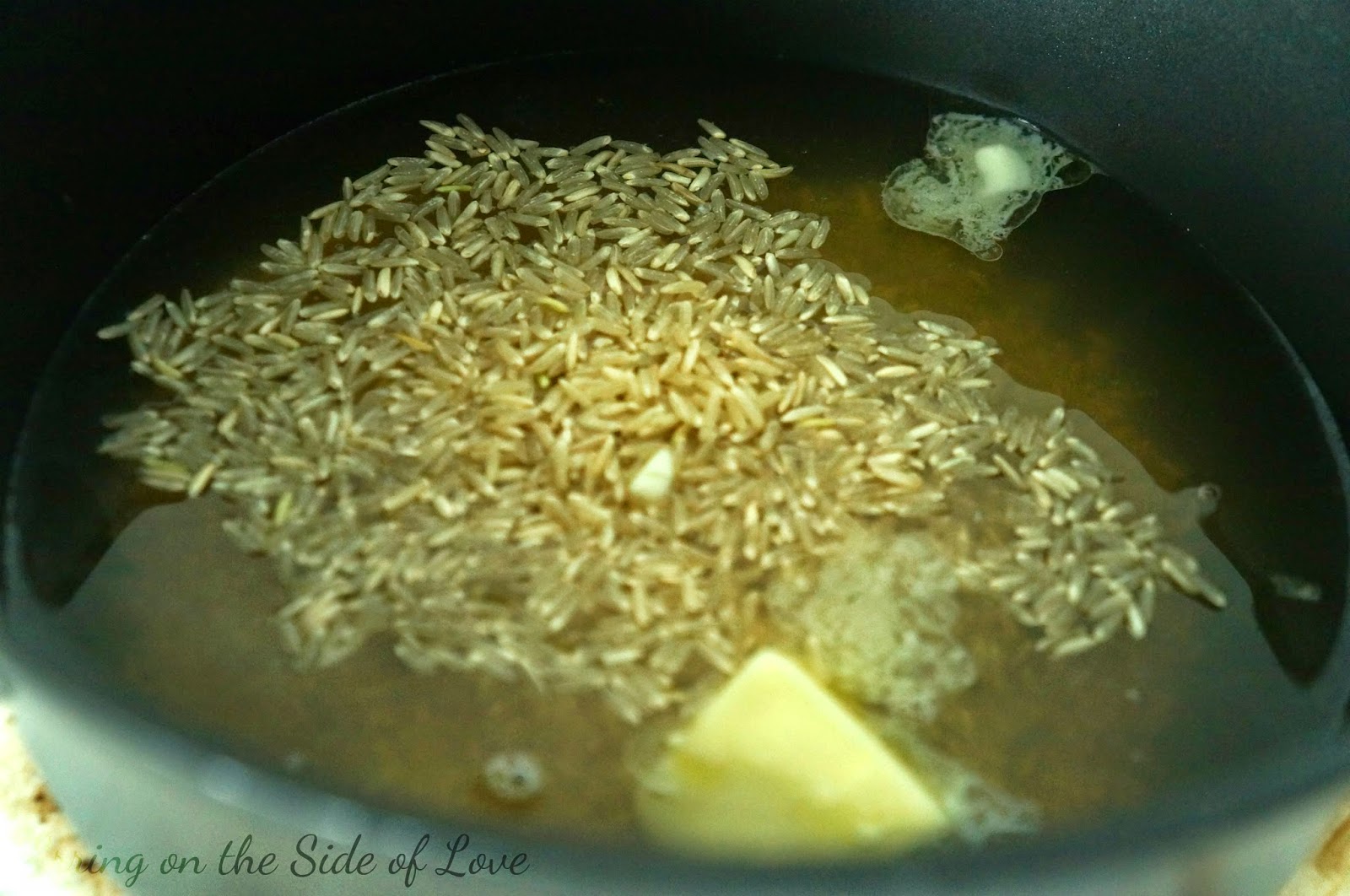 The fact that this recipe has now allowed for a whole chicken to enter into my favorite dish rotation is kind of a big deal. 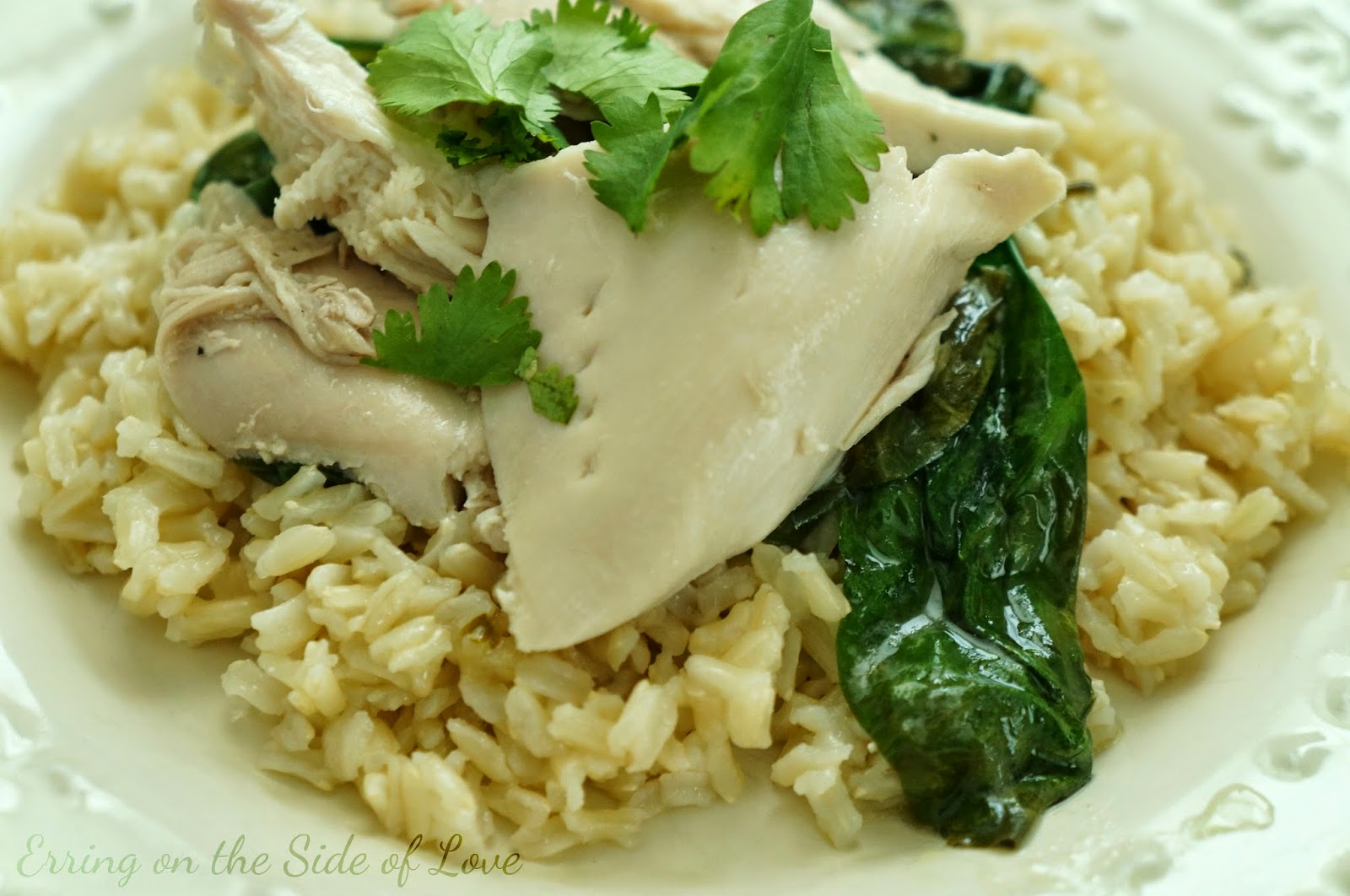 Hope you'll give it a try! I promise it won't disappoint!

Recipe from the kitchn:


Chicken in Coconut Milk with Lemongrass
Serves 4 to 6
1 whole roasting chicken (3 to 4 pounds)
Sea salt and freshly ground black pepper
4 tablespoons (1/2 stick) butter (I know it says to pour the butter out after browning the chicken but I left it and my tastebuds were happy I did too!)
1 tablespoon olive oil
1 cinnamon stick
2 whole pieces star anise - I used fennel seed since it's what I had. I've also used 1/2-1 TSP of ground clove.
1/2 cup roughly chopped cilantro stems
1 large lemon, cut into eighths and make sure there are no seeds!
1 stalk lemongrass, 5 inches of white part only, chopped into 1/4-inch pieces
6 to 8 garlic cloves, peeled and smashed
1 (16-ounce) can coconut milk
3 cups Spinach - Can use whatever green you enjoy wilted.
Chopped cilantro, to garnish
Cooked rice, to serve

Pat the chicken dry and sprinkle it liberally with salt and pepper. Put the chicken, covered, in the refrigerator for up to 24 hours (I didn't do this and the chicken was still amazing!), or if you're going to cook it right away, set it aside while you prepare remaining ingredients.

When ready to bake the chicken, preheat the oven to 375° F.

Melt the butter in a large Dutch oven over medium heat, then add the oil. Put in the chicken, breast side up, and let it sizzle for about 30 seconds. Carefully flip the bird and crisp the other side for another 30 seconds. Remove the pan from the heat, put the chicken on a plate, and pour off the the fat in the pot.

Transfer the chicken back into the pot, breast side up, and add the cinnamon stick, star anise, chopped cilantro stems, lemon, lemongrass, garlic and coconut milk. Cook, uncovered, in the preheated oven for 60 to 90 minutes (depending on size - I would encourage the 90 minutes though. 90 minutes was fall of the bone amazing, while the 60 minutes made me work a little.). Spoon the sauce over the top of the bird to baste every 20 minutes or so. The chicken is done when an instant-read thermometer inserted into the thigh reads 165° F.

Remove chicken from the pot and put it on a plate. Pull out and discard the cinnamon stick and star anise. Put the pot with the sauce back on the stovetop over medium heat, add the spinach and stir until just wilted, about 10 seconds (DO THIS! IT'S SO GOOD!).

Carve the chicken and serve each piece over rice that already has the wilted spinach and sauce spooned over the top. Garnish with some cilantro leaves if that's your thing!

Also, I'm linking this up with Bobbi over at Revolution of Love Blog for her Pinterest Party Link-up, since I found this lovely recipe on Pinterest. 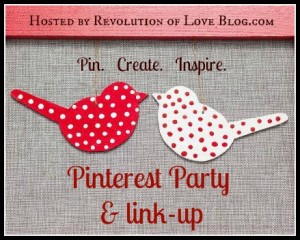 Posted by Amanda at June 16, 2014
Email ThisBlogThis!Share to TwitterShare to FacebookShare to Pinterest
Labels: Food, Made with Love, Pinterest