Out of the mouths of littles... & WIWS

Linking up with Rosie for What They Said to capture the sweetness/ridiculousness that comes from the mouths of these little monkeys! 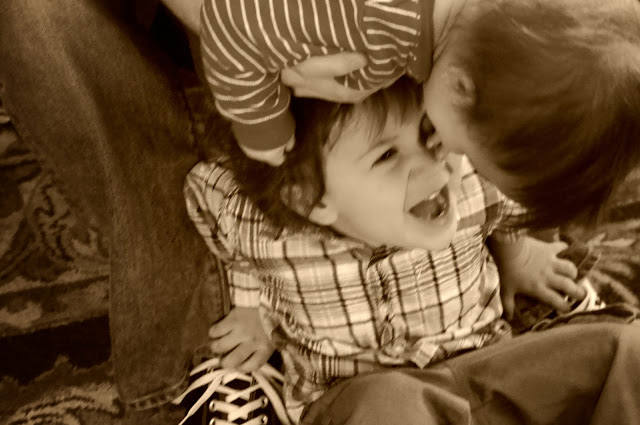 Now when we get in the van we get a request to honk the horn often:
Bigfoot: Pop the corn, Dada! Pop the corn!

Bigfoot (after hearing someone else honk their horn): What'th dat? dat? ...Someone popped the kern?

Bigfoot's favorite movie right now is Chitty Chitty Bang Bang (Mama loves this!):
Bigfoot: (As he walks to me and gently touches my cheek): Sthoo sthweet.

Bigfoot (he's been calling me Mama since he could first say Mama): Mum-mee! Mum-mee!

The little man also loves grabbing his golf club and tries to have a go at the Bamboo Stick choreography. I must say, he really isn't too shabby, either. Consider mama impressed, little man.

This past week:
Mama: Sweetheart, it's time for nap.

Glad he's starting to understand the concept of yesterday, today, and tomorrow. Haha.

Anytime I ask him why he is doing [insert whatever ridiculous thing under the sun you can imagine]?
Bigfoot: Uhh.. Becaauuutheee...

Silence. So I think he's thinking about what he's going to say.

But instead more often than not he just takes off running to engage in some other kind of ridiculousness.

After asking for some more popcorn (the actual stuff) nicely:
Bigfoot: I mithss potcornn. I mithsss it.

(on repeat throughout meal times, during play times, and definitely in the evenings)

That's all I have folks. There's probably a ton more, but I've been bad about writing them down. Which means my sleep deprived brain just does not remember right now.

Also, thought I'd link up with Fine Linen & Purple for What I Wore Sunday. I have a photo. Looks mostly like what I wore the previous week but I promise it's not! 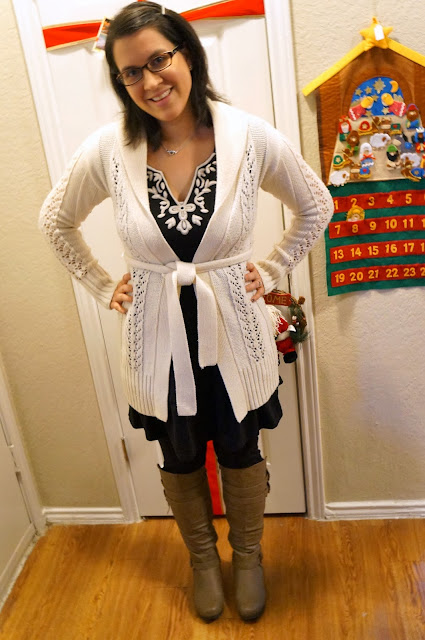 I also wore this little cutie with our Maya Wrap. Glad we were able to make it to Mass during Icepocalypse 2013 that we have going on over here in the Big D. 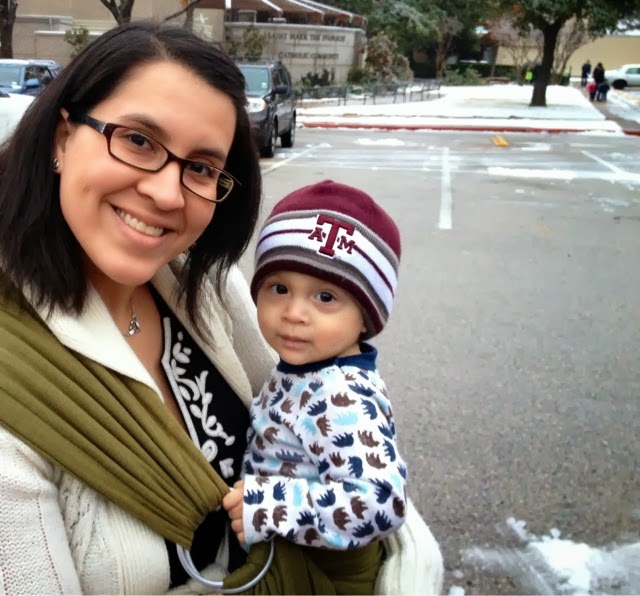