According to my oldest, we went to a punkin farm this past weekend. We've never gone before, but I'm glad we did because fun times were definitely had! It's the end of the season but this little farm was a great time for both the boys and us. 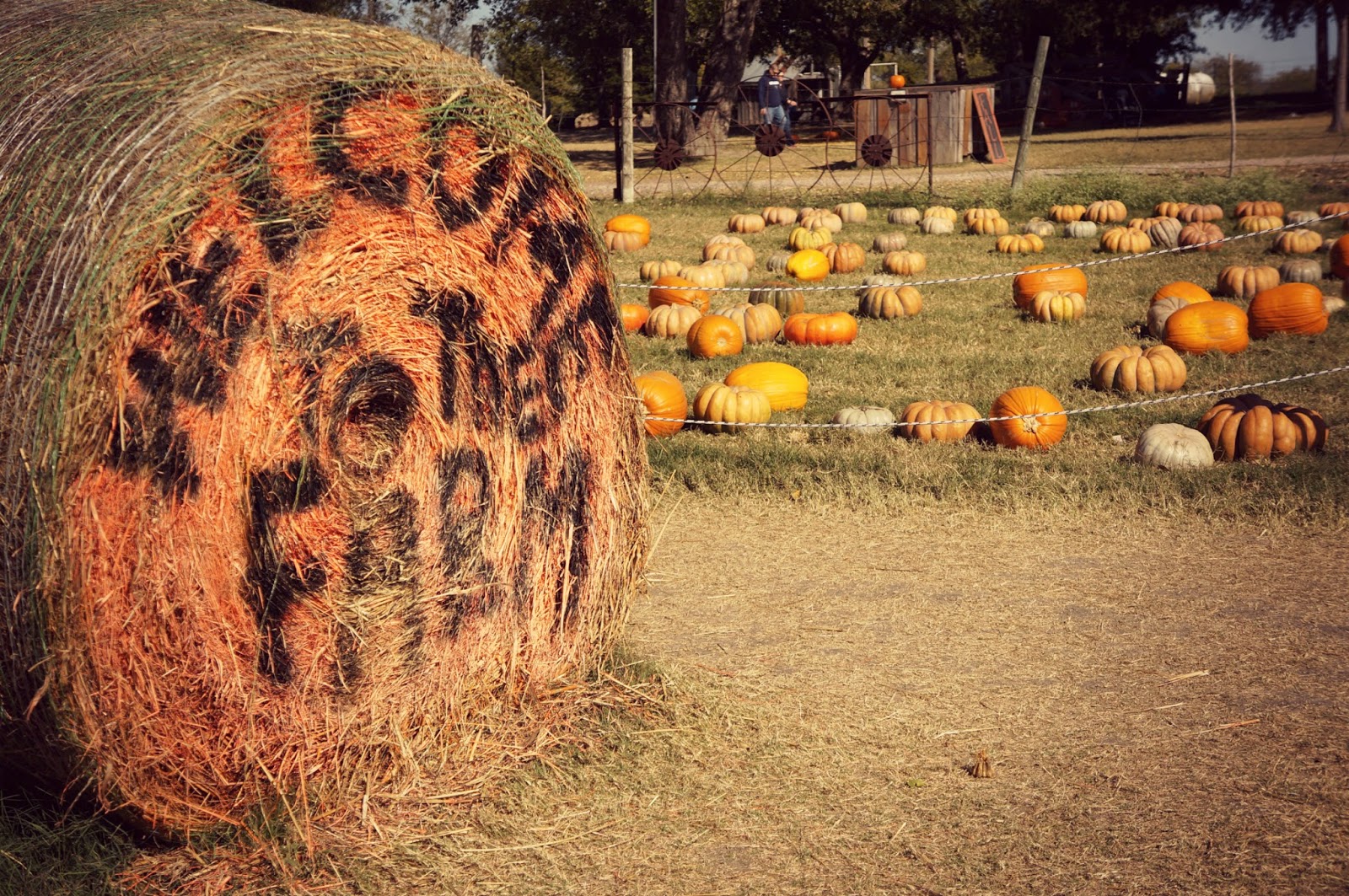 The boys were so happy! Once we got in to see the animals and how ready they were to snack on the feed that was given to us to share, their little faces lit up and their little feet just wanted to go, go, go. 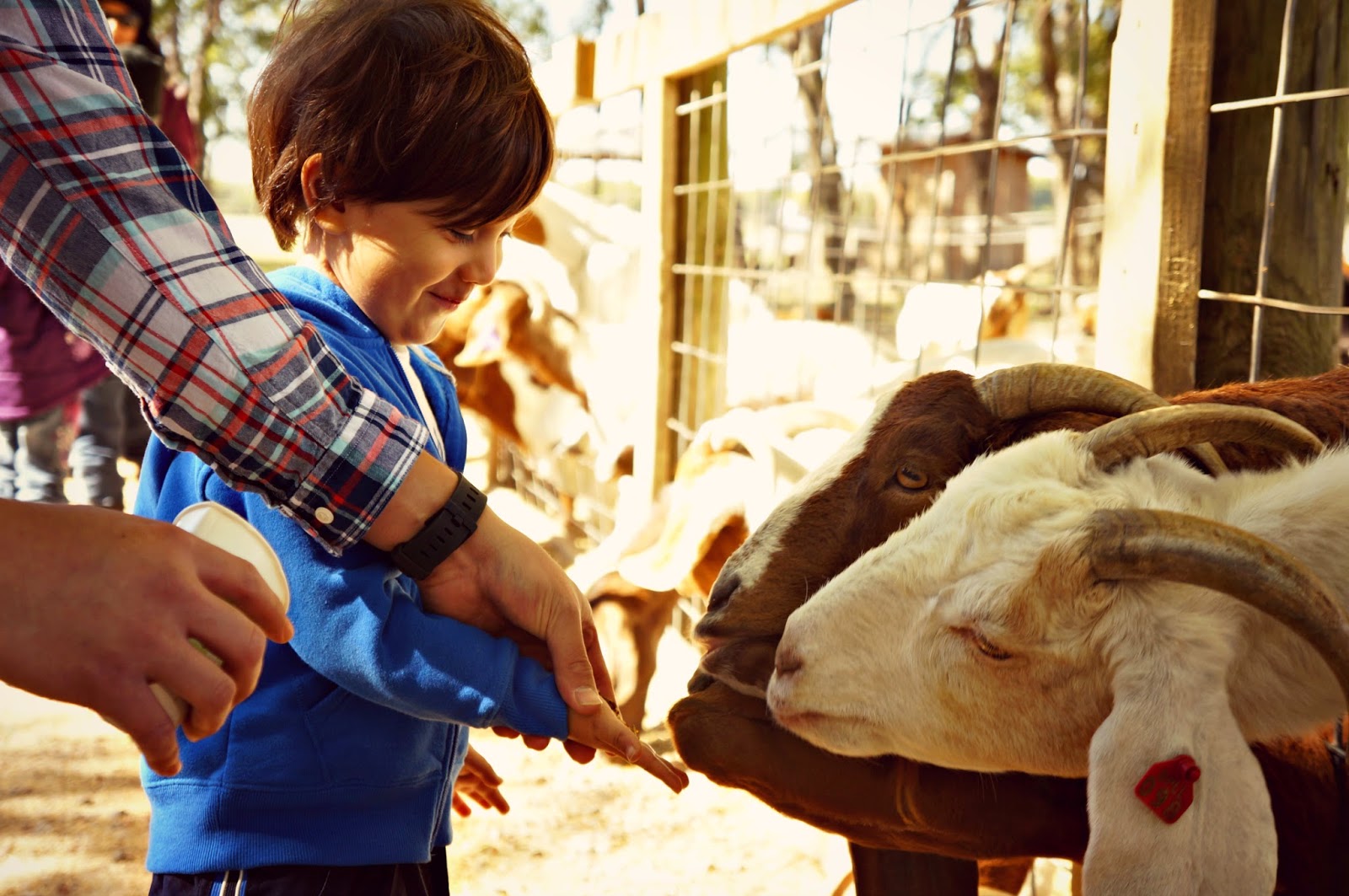 Just not too close. The funny thing about Linus is that he took off the moment we got there. Straight to the animals he went. When it came time to feeding them the little man got a little hesitant. It was cute and pretty funny. 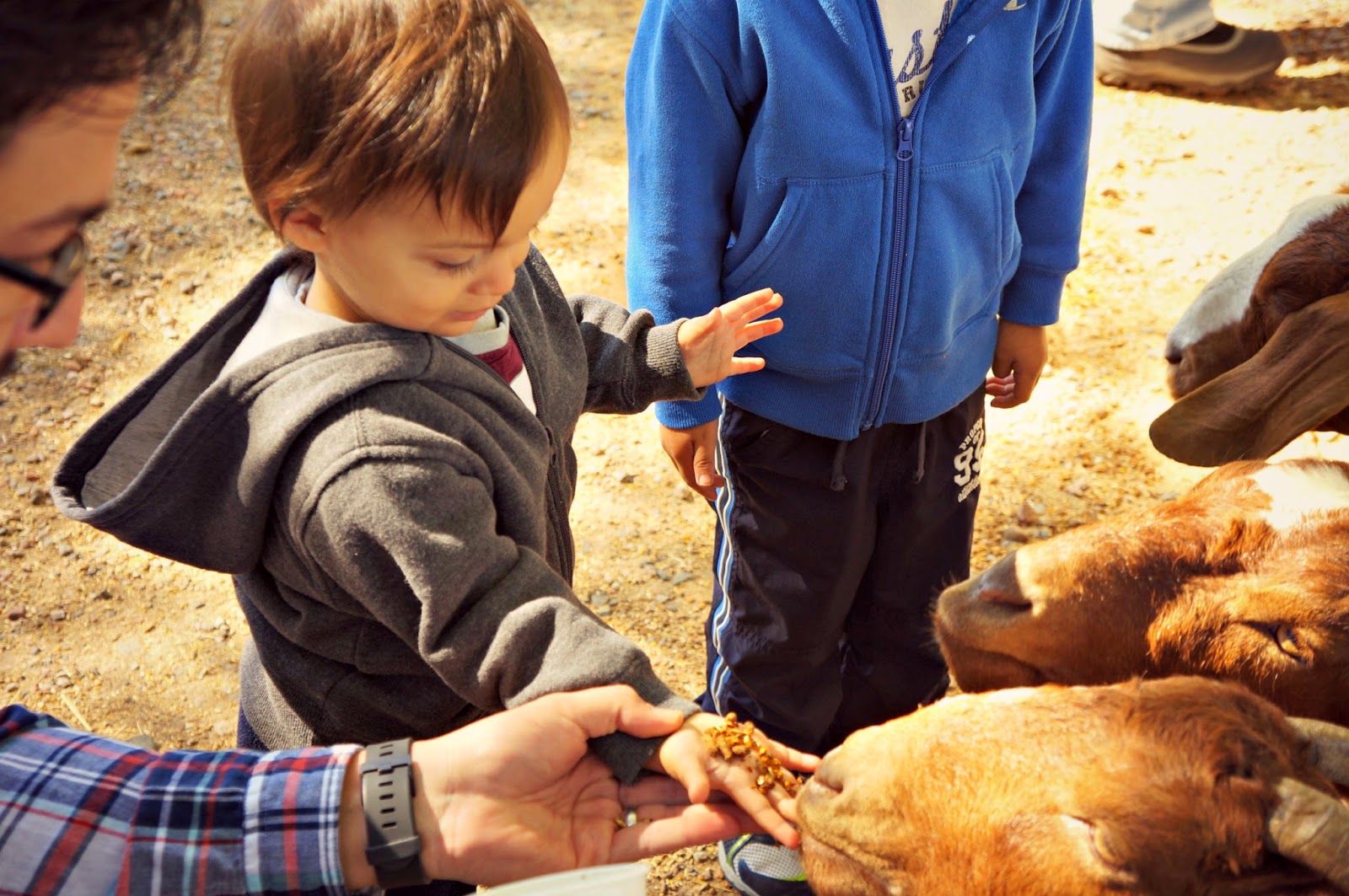 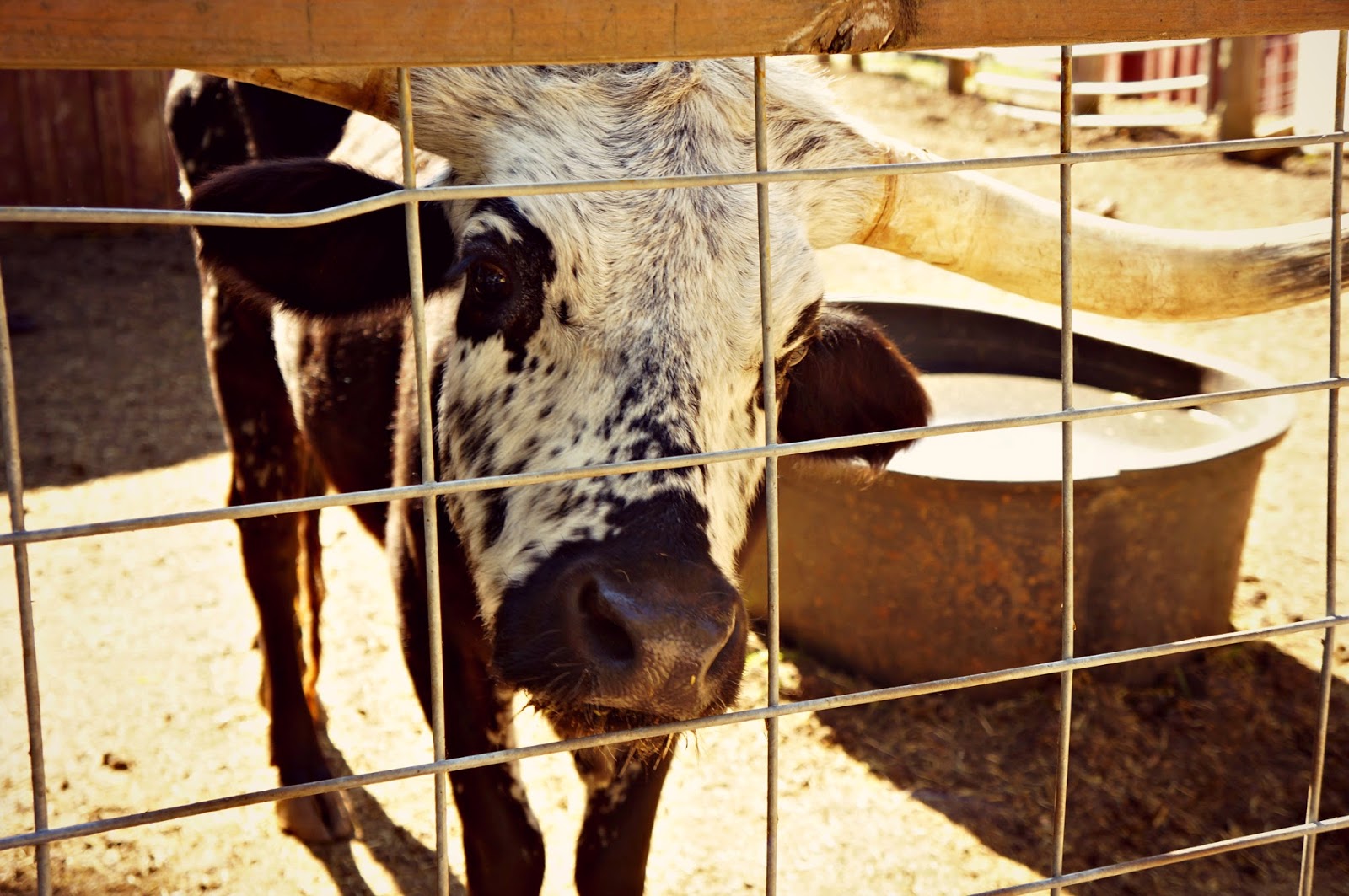 There was this tractor train ride that the boys, upon seeing it, became thrilled! 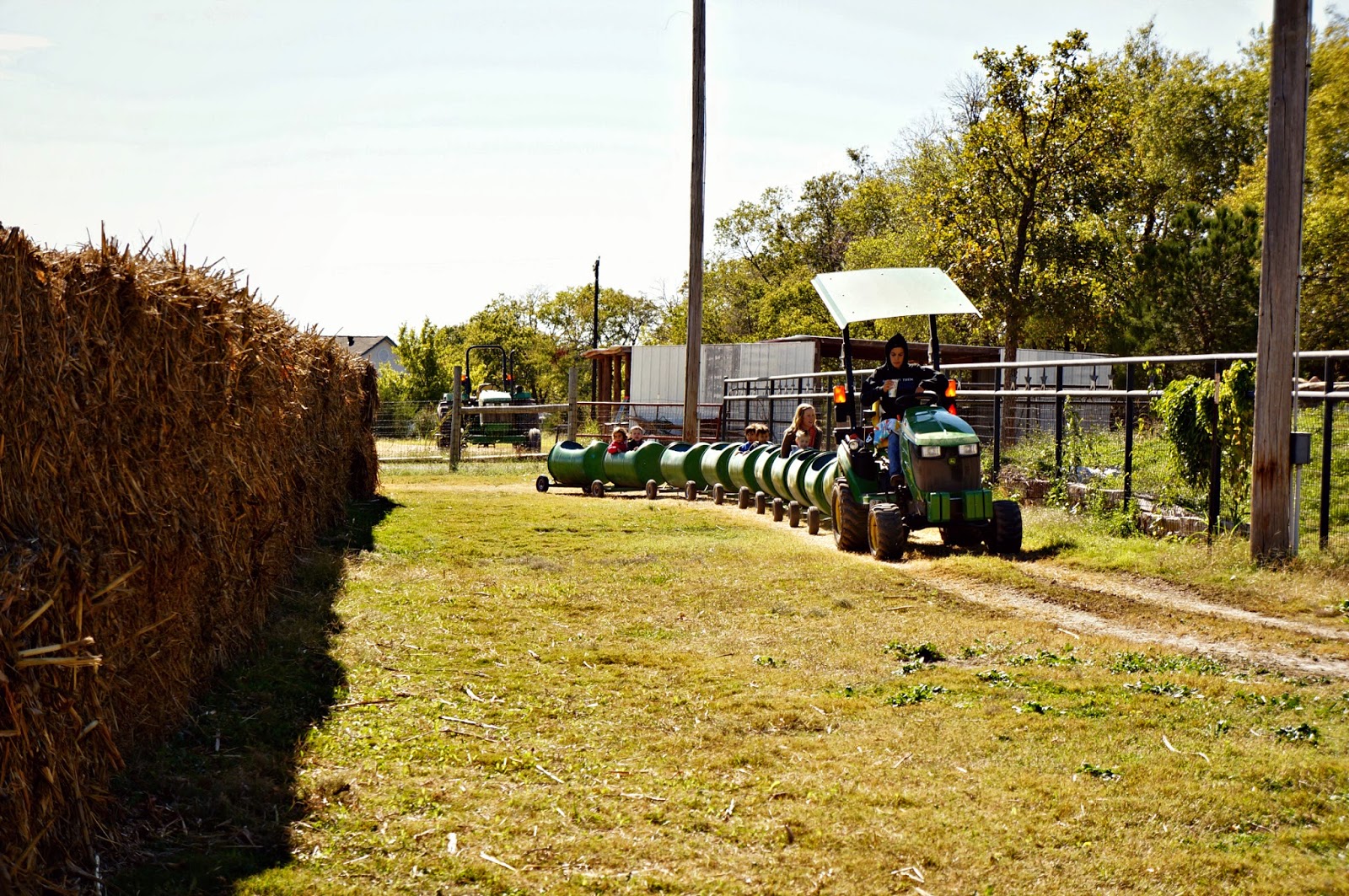 However, as soon as Bigfoot realized that the tractor train was going to make it's round of the farm and we weren't necessarily going to be in sight, he kept waving at us to come follow with this little worried look. 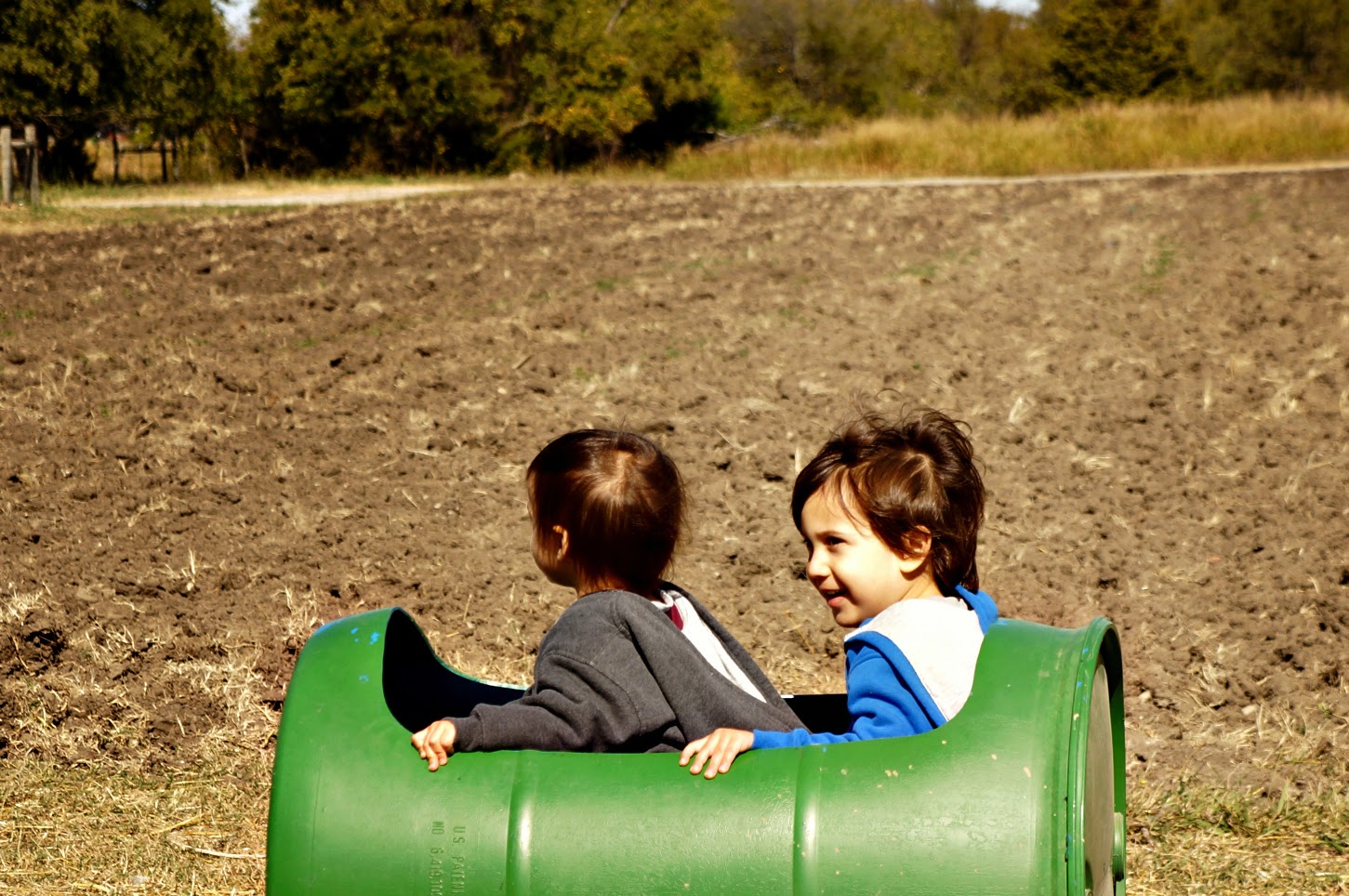 Meanwhile, Linus was just eating it up. The tractor left and Linus did not look back. 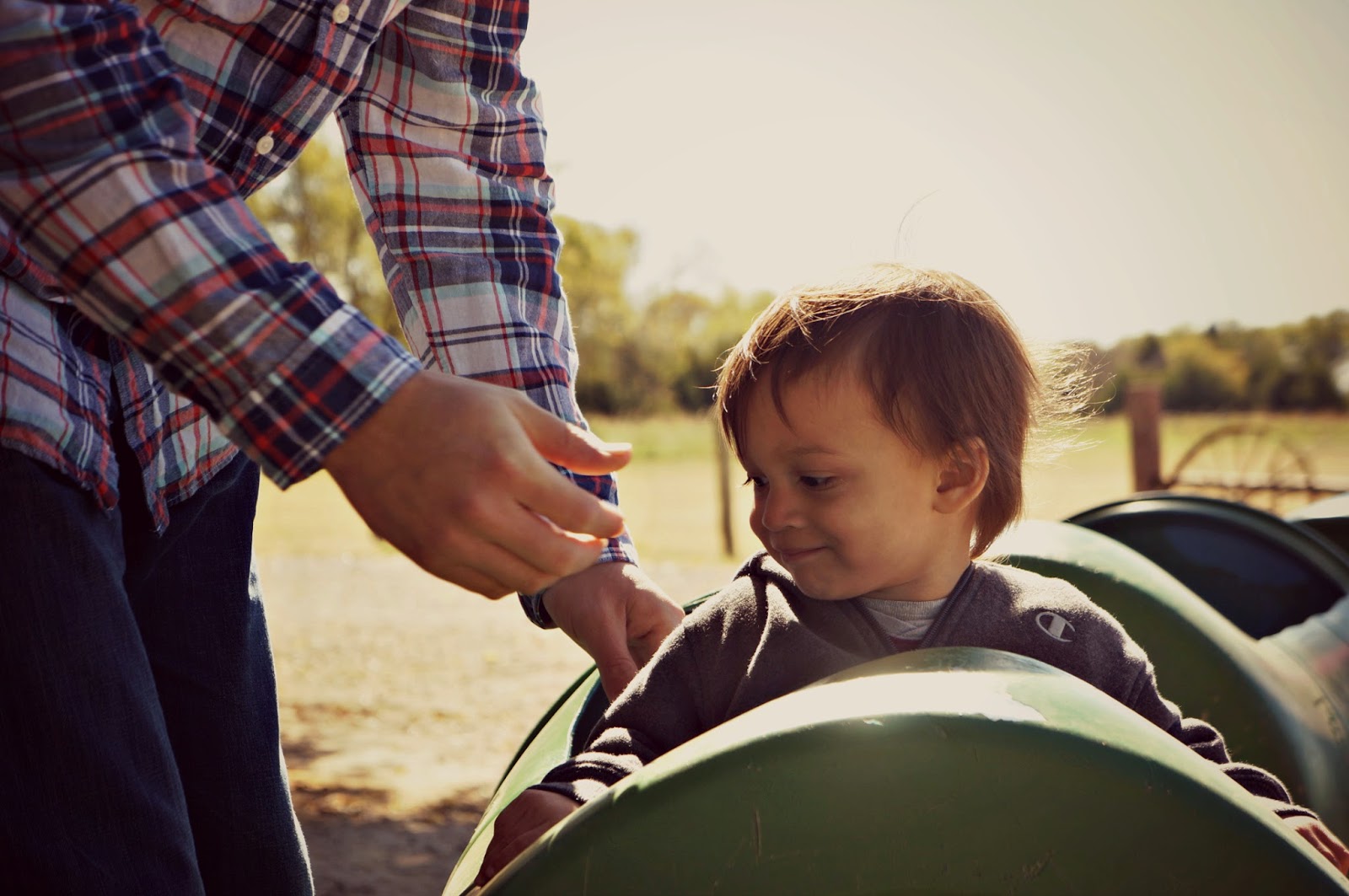 Funny little man below kept sticking his little tongue out for whatever reason. You'll see more of that little bit of him in other photos taken. 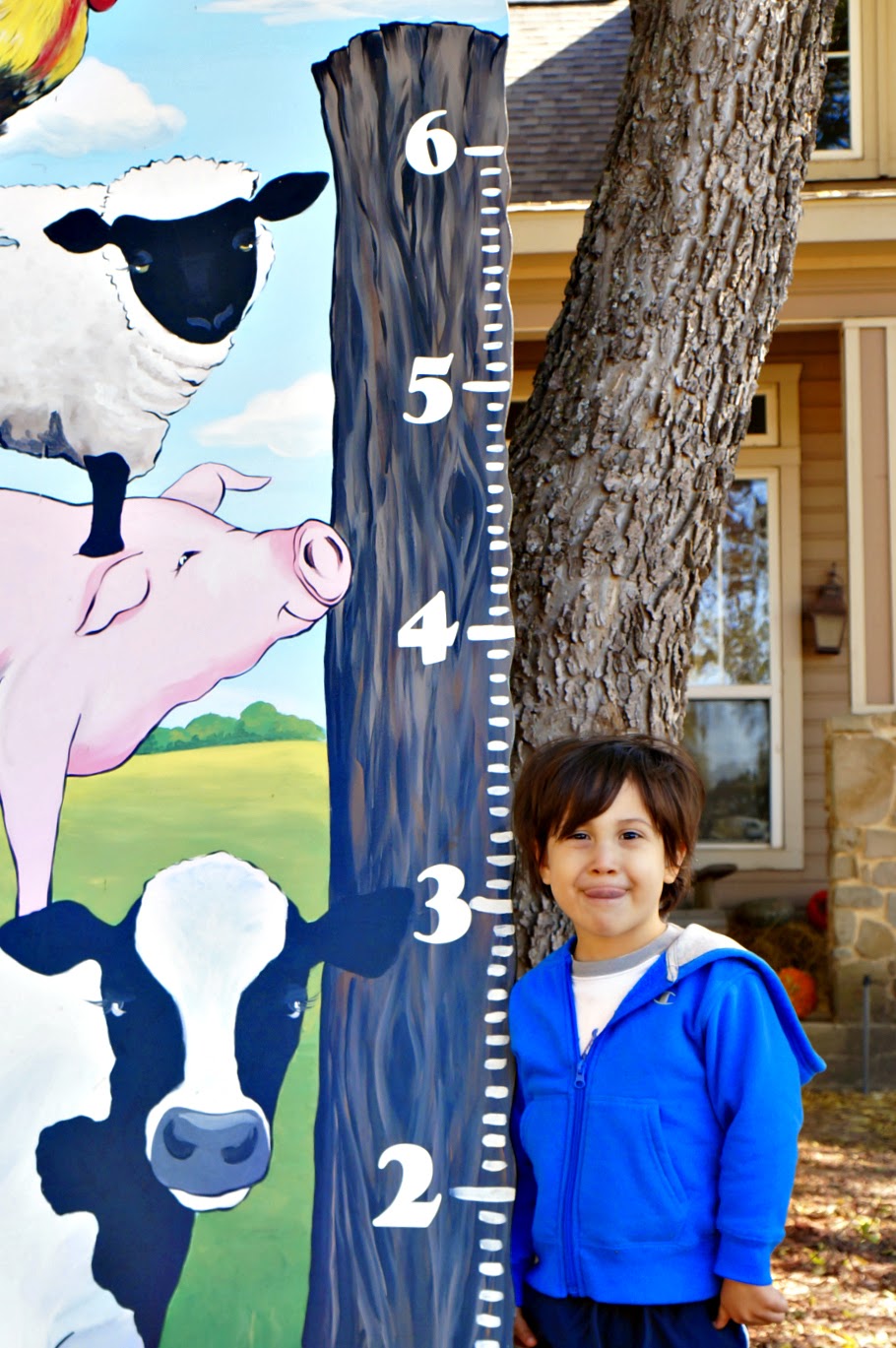 Linus loved being able to carry his very own pumpkin. I think he was really proud that he could lift the weight and waddle around. 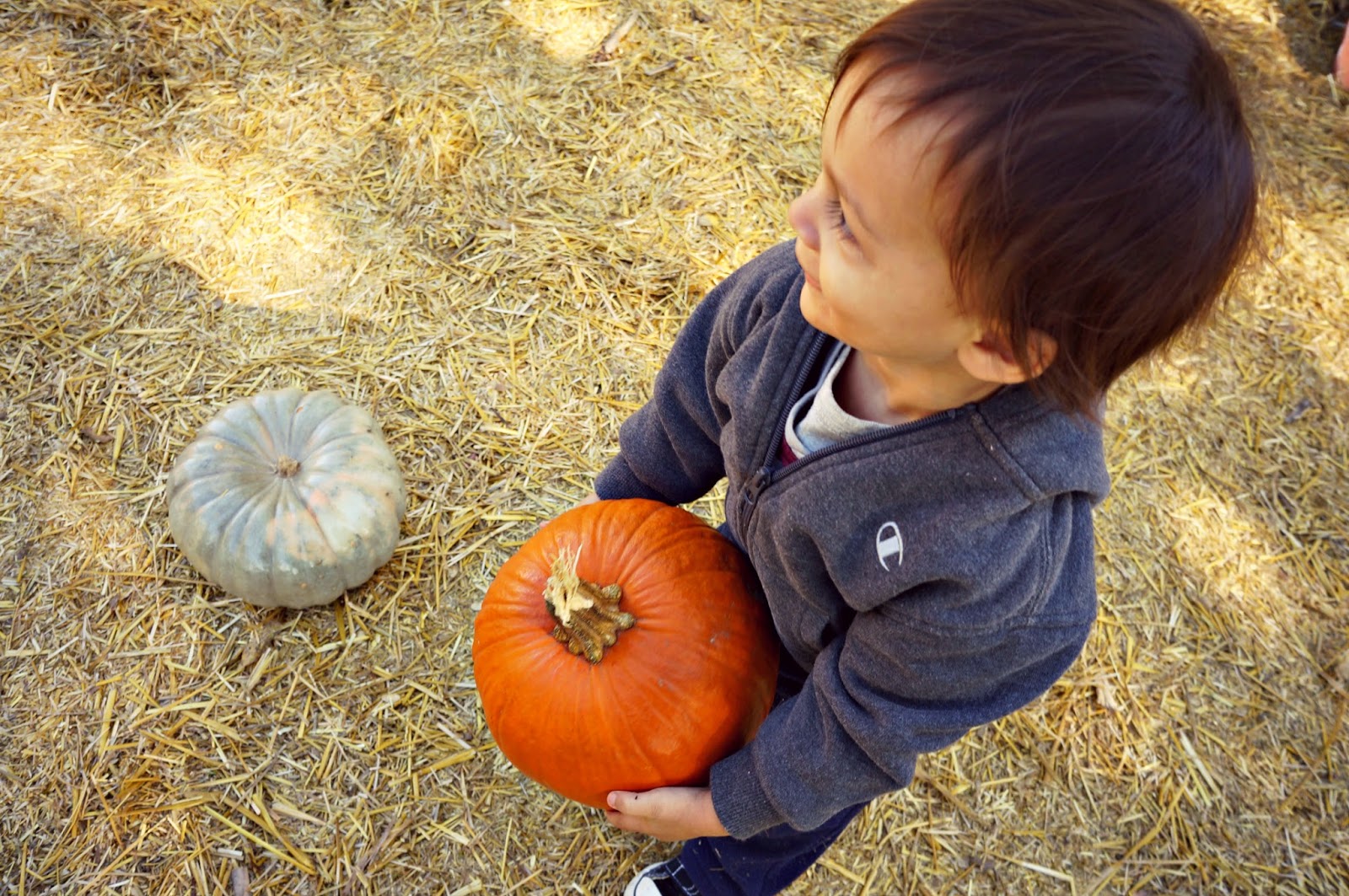 There was a hay maze that was pretty fun. 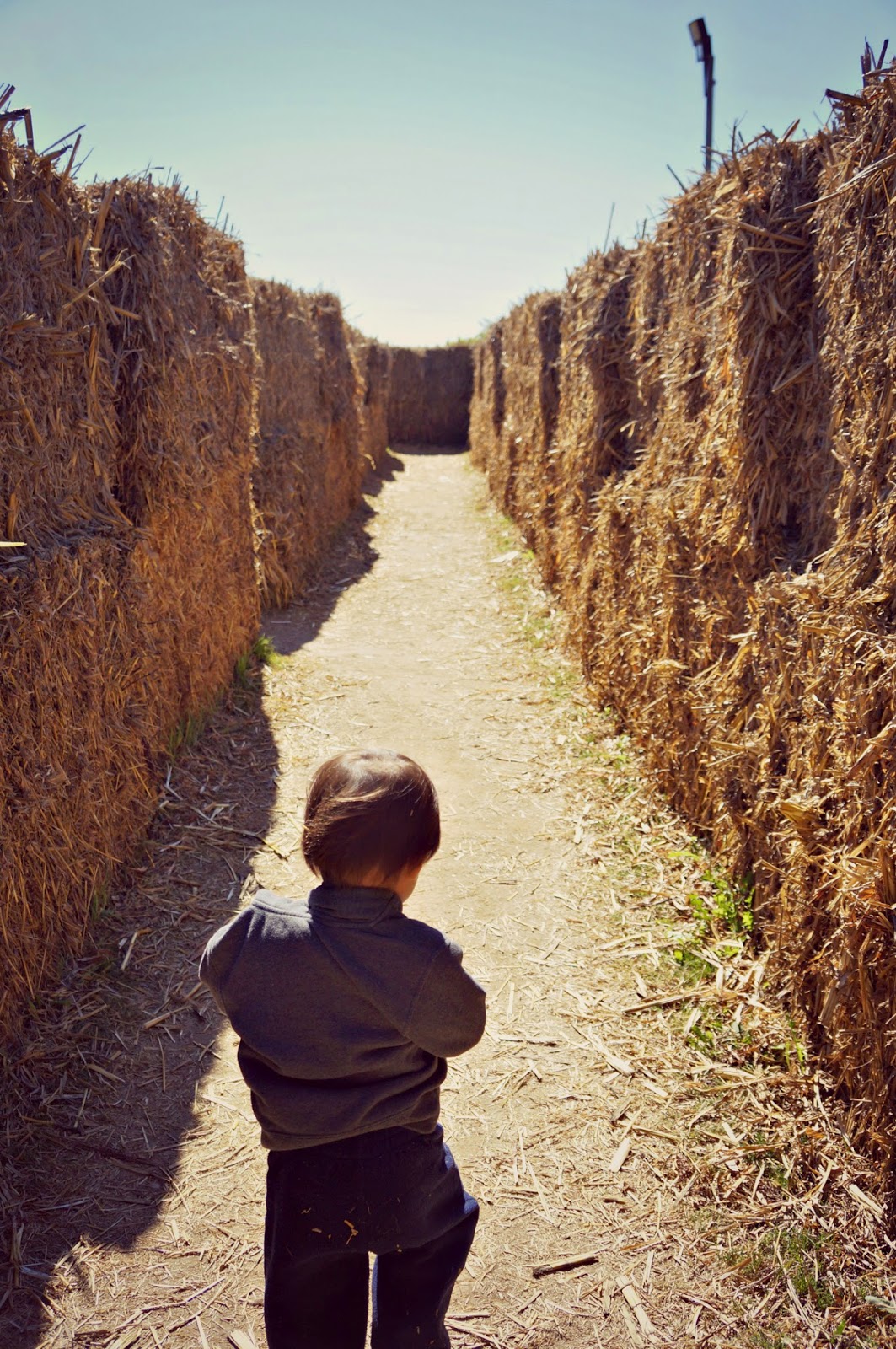 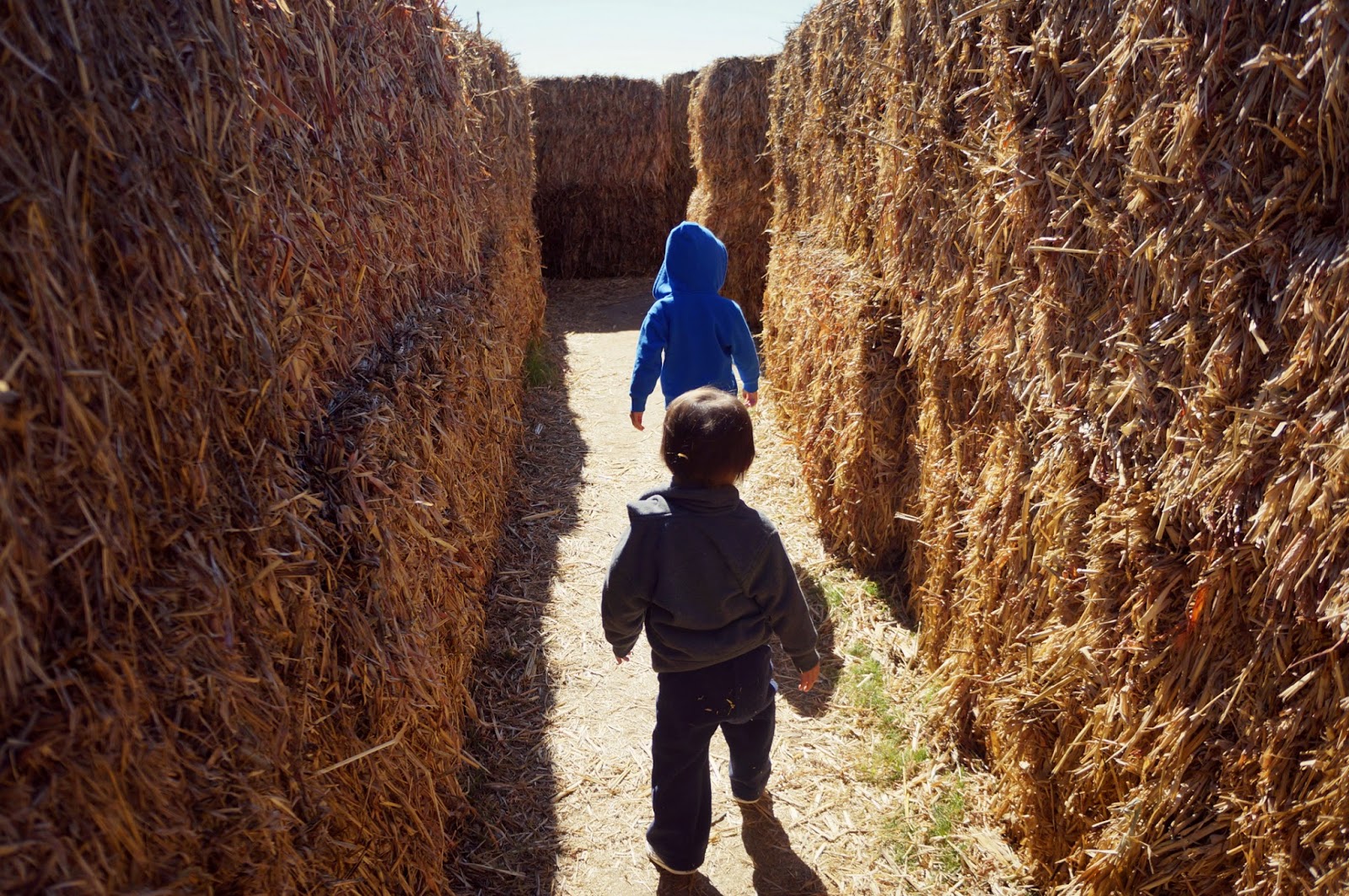 Harry Potter made an appearance while in the maze. 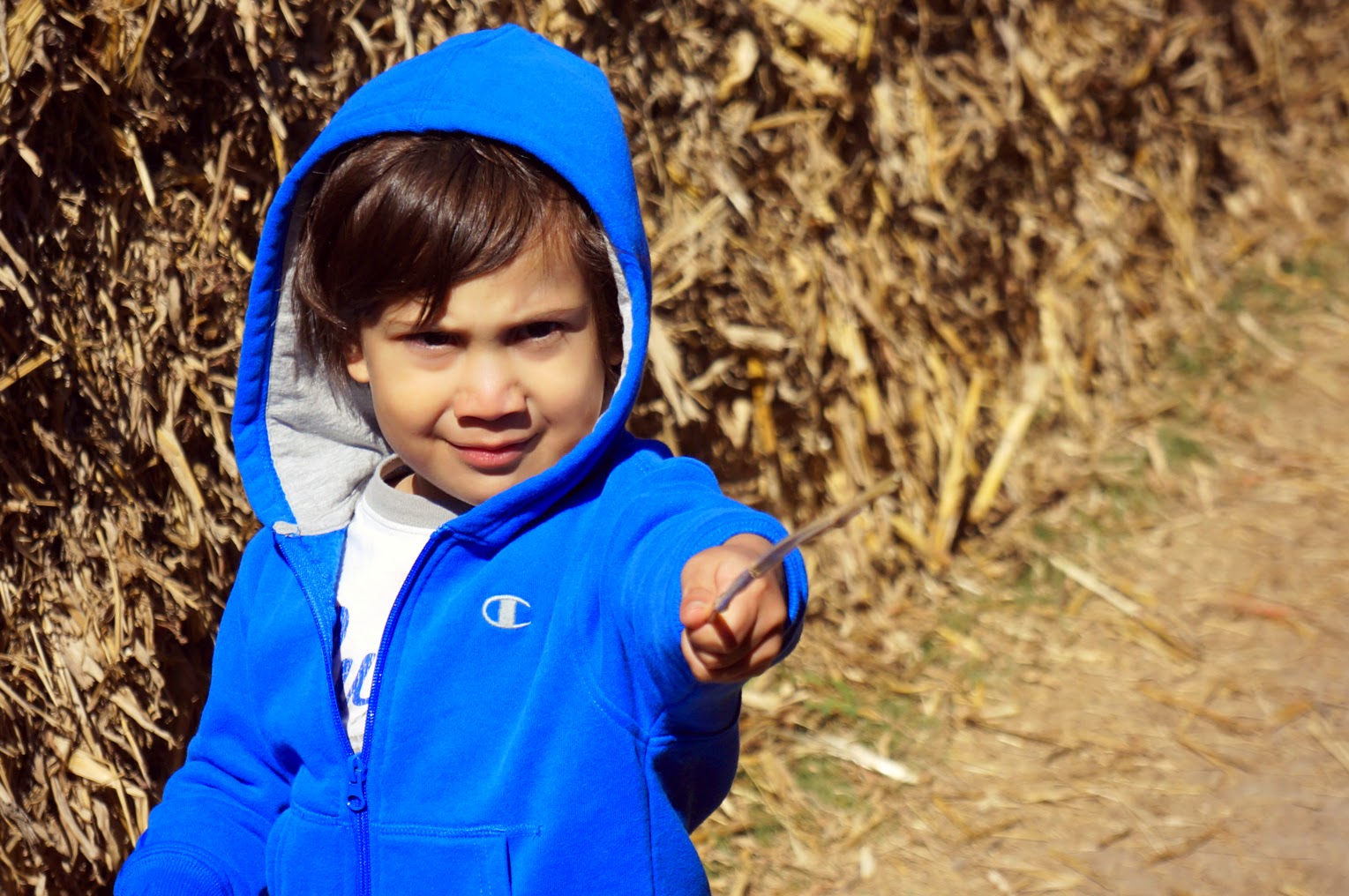 I absolutely love the capture of GeekMan and Linus below. I love the sun, the sky, the hay, and the two of them, together. Linus wanted to be held while in the maze. By daddy. That in itself is all kind of pretty! 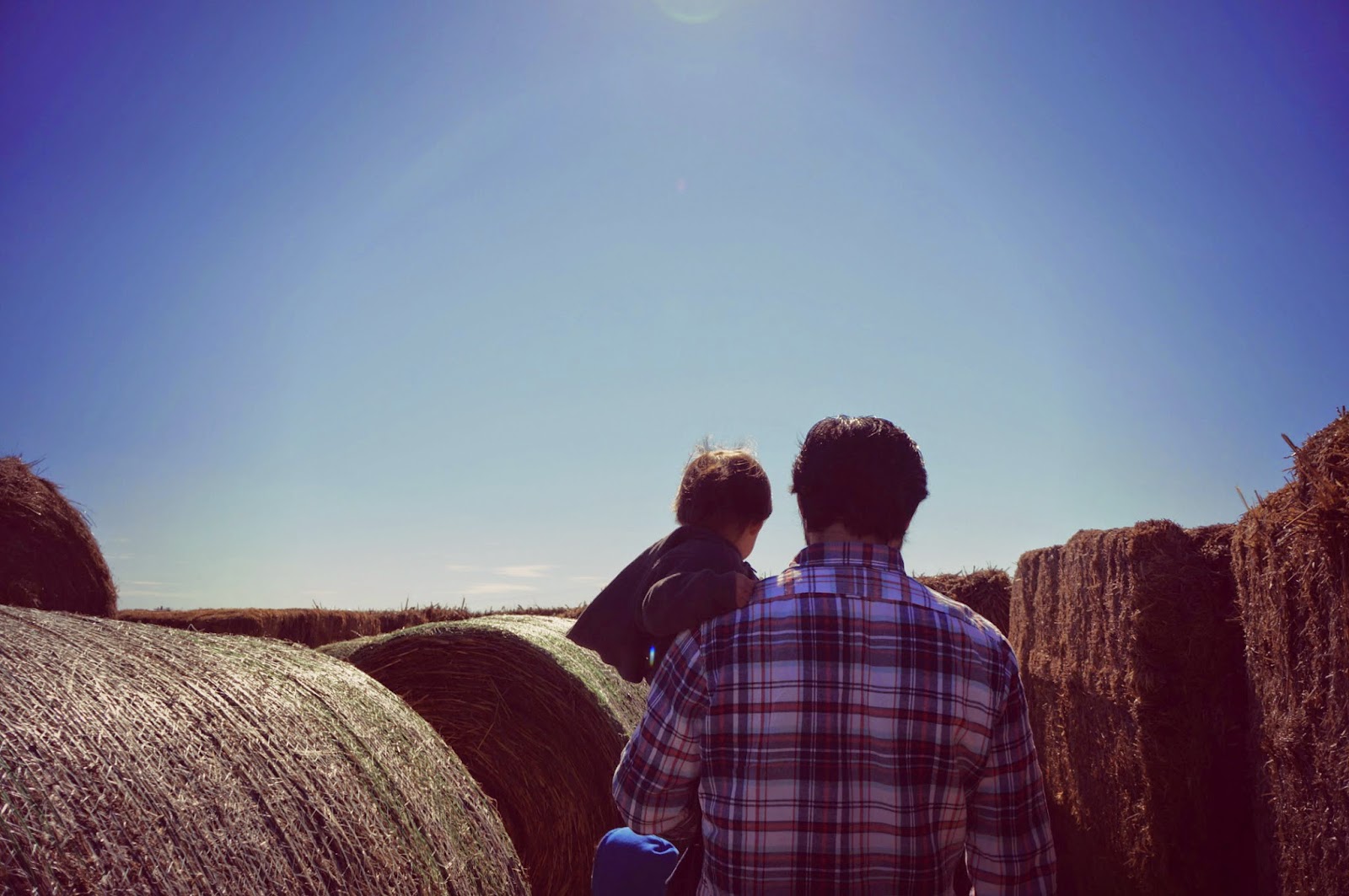 The boys enjoyed searching for their punkins. They ran around for awhile, but kept passing over them as if they weren't up to their punkin standards! I wondered if they would ever pick one! 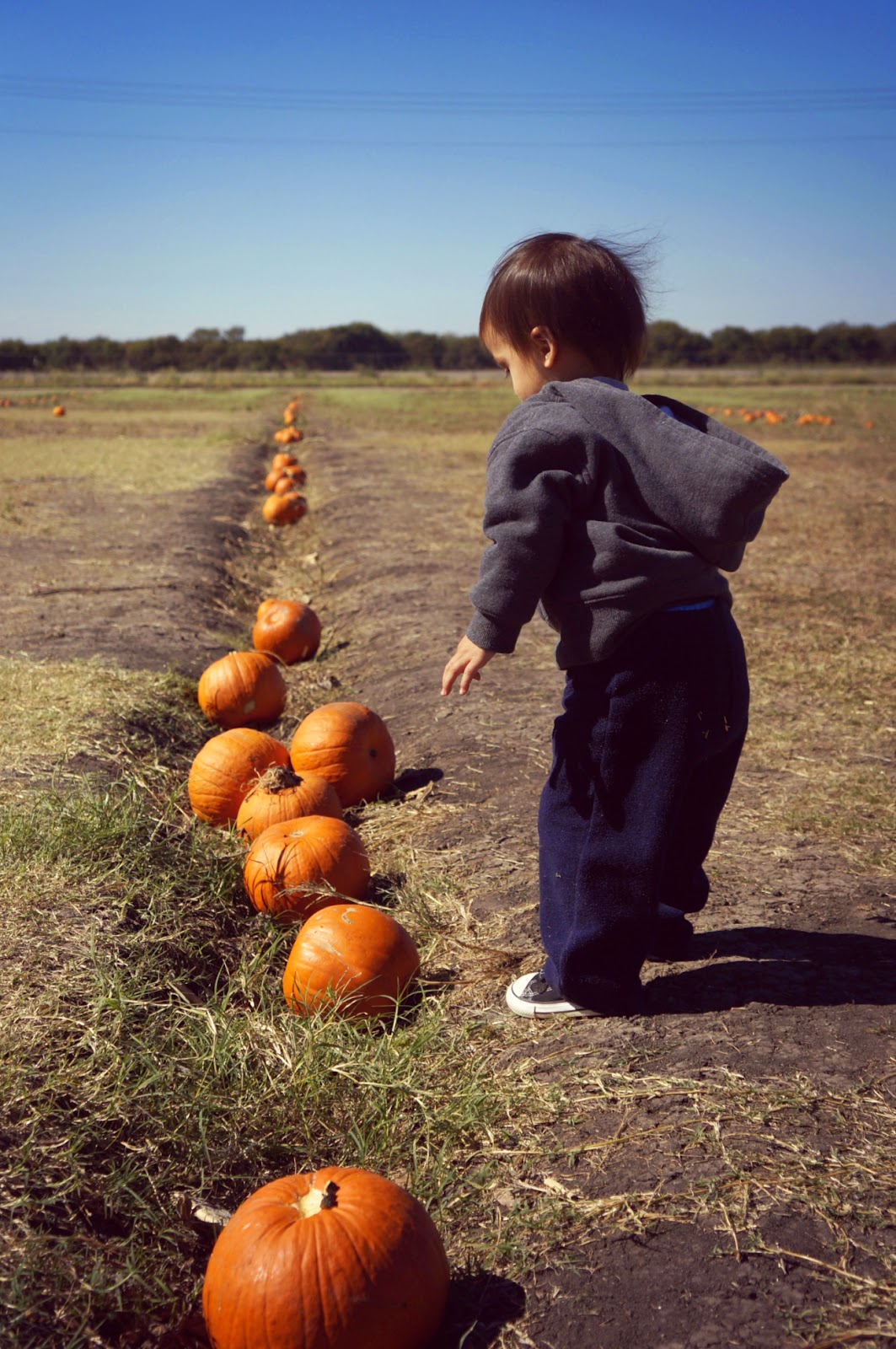 Sure enough, they did. Punkins were picked to take home. Bigfoot's tongue made another appearance and, he too, was so proud to carry his own little pumpkin. He started talking about his amazing strength and the weight of the pumpkin. 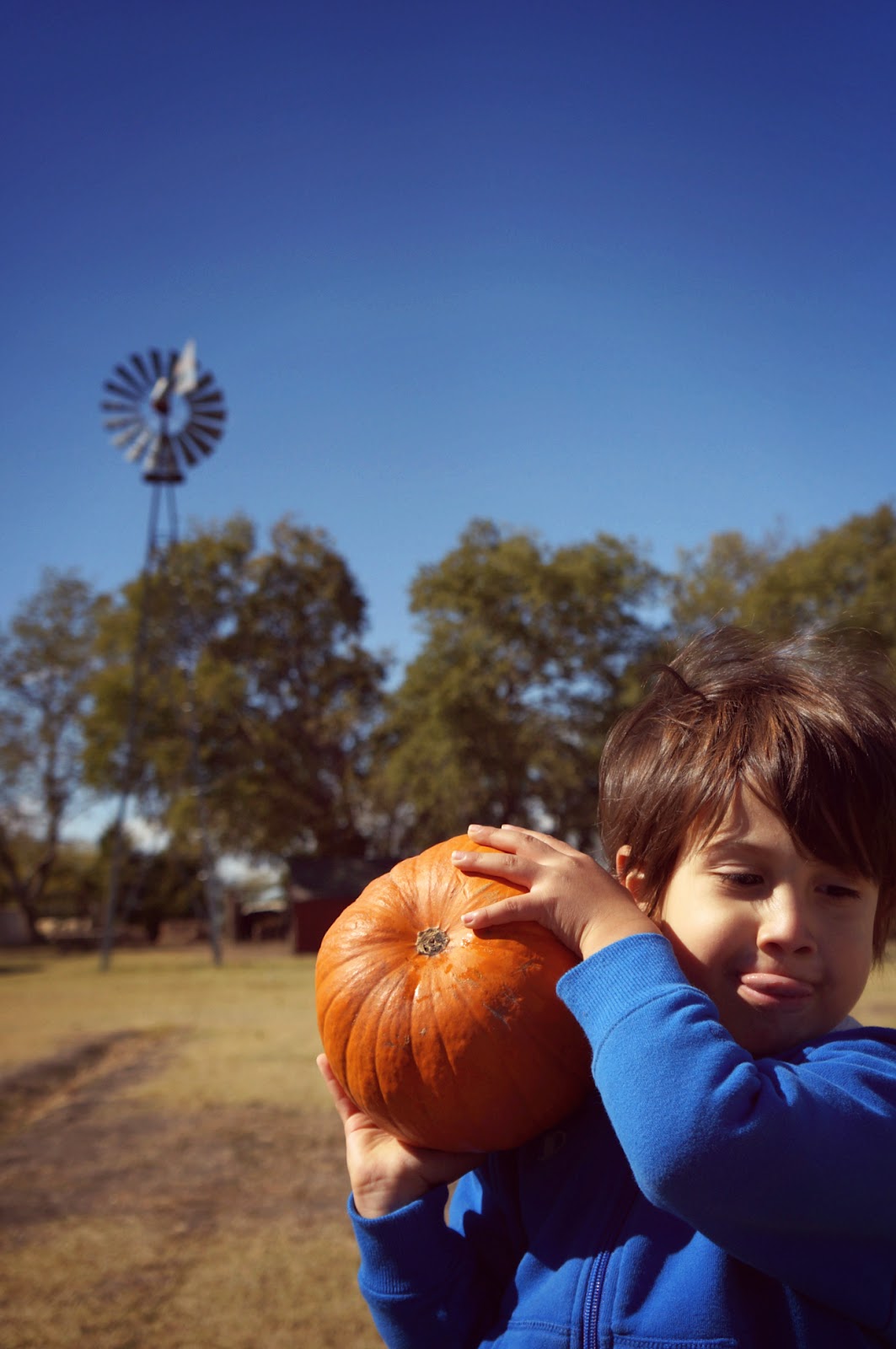 Lately, it's been so funny how Linus goes up to his big brother and starts mumbling jibber-jabber. He tries so hard to engage Bigfoot in real conversation and his big brother definitely responds every. single. time.

What Eli?
Eh.
Tell me?
Ehhhh.
The pumpkins? Oh yes. There are so many!
(nods head)
What's that Eli? What are you saying to me? 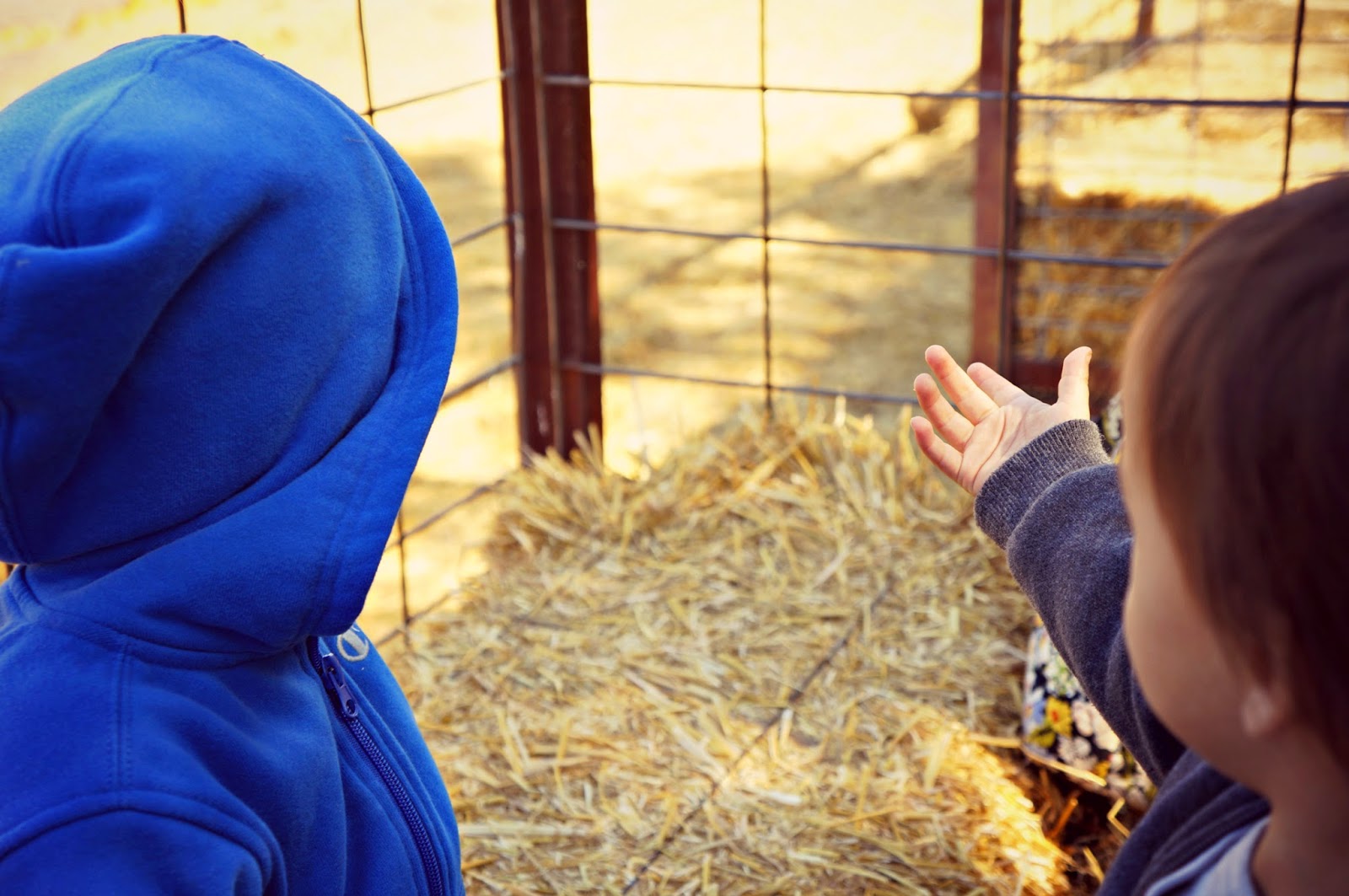 These next two photos are so telling of their personalities.

First, we have Mr. Smiley-pants-snuggly-bug-sweetie-face. 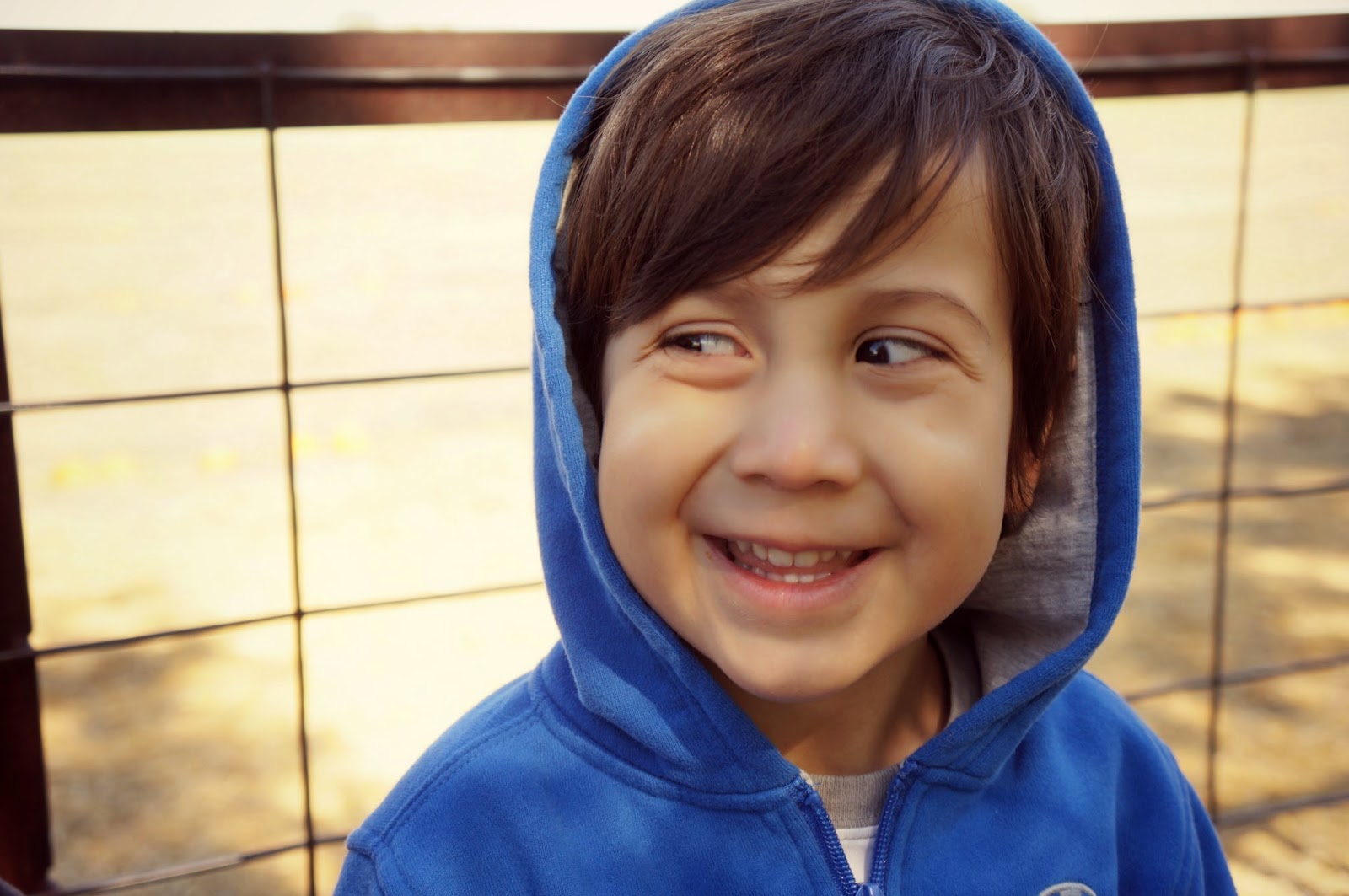 And, next we have Mr. Grouchy-pants-make-you-laugh-personality-for-daysss. 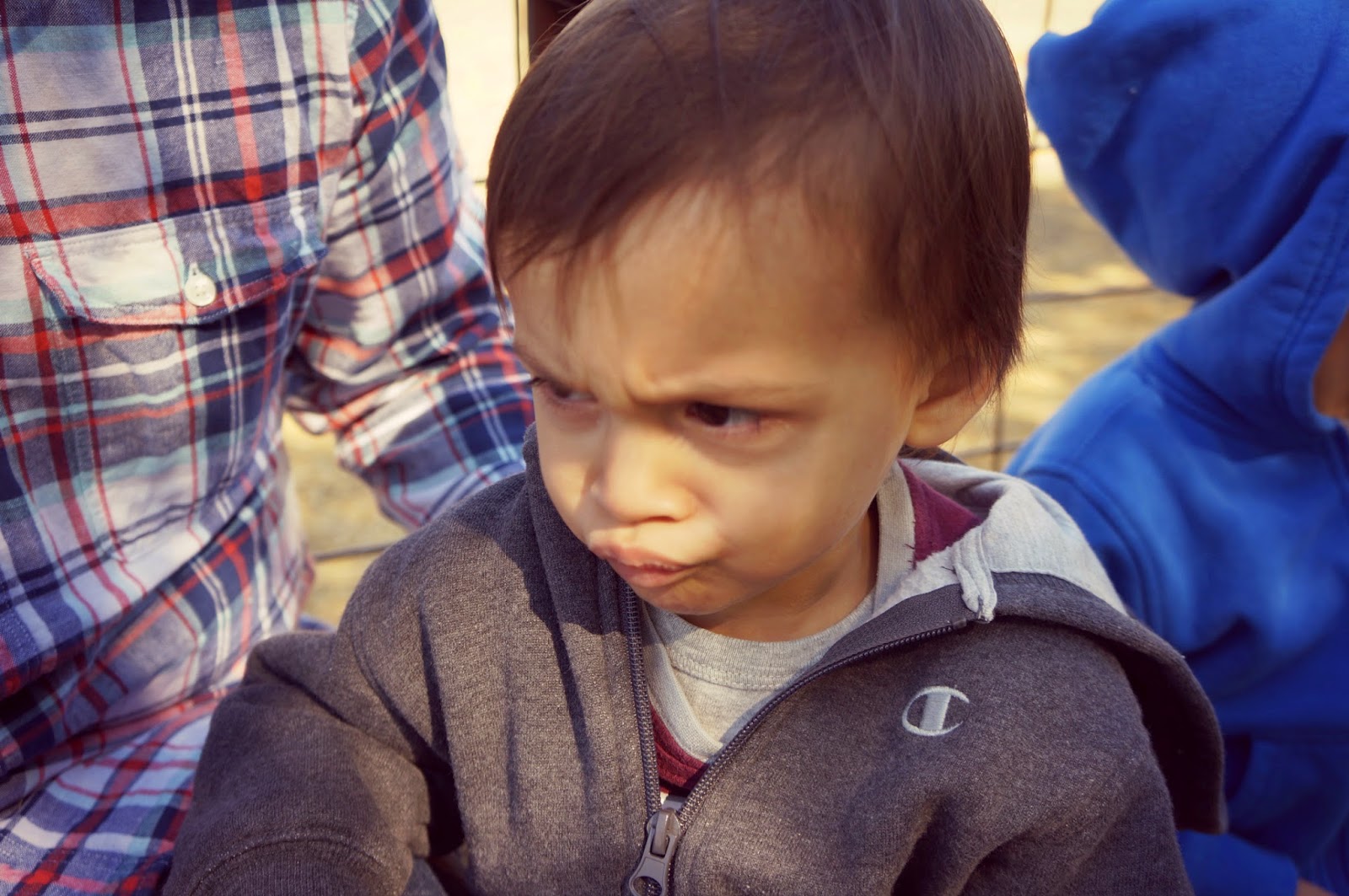 There was this beautiful little chapel on the farm. 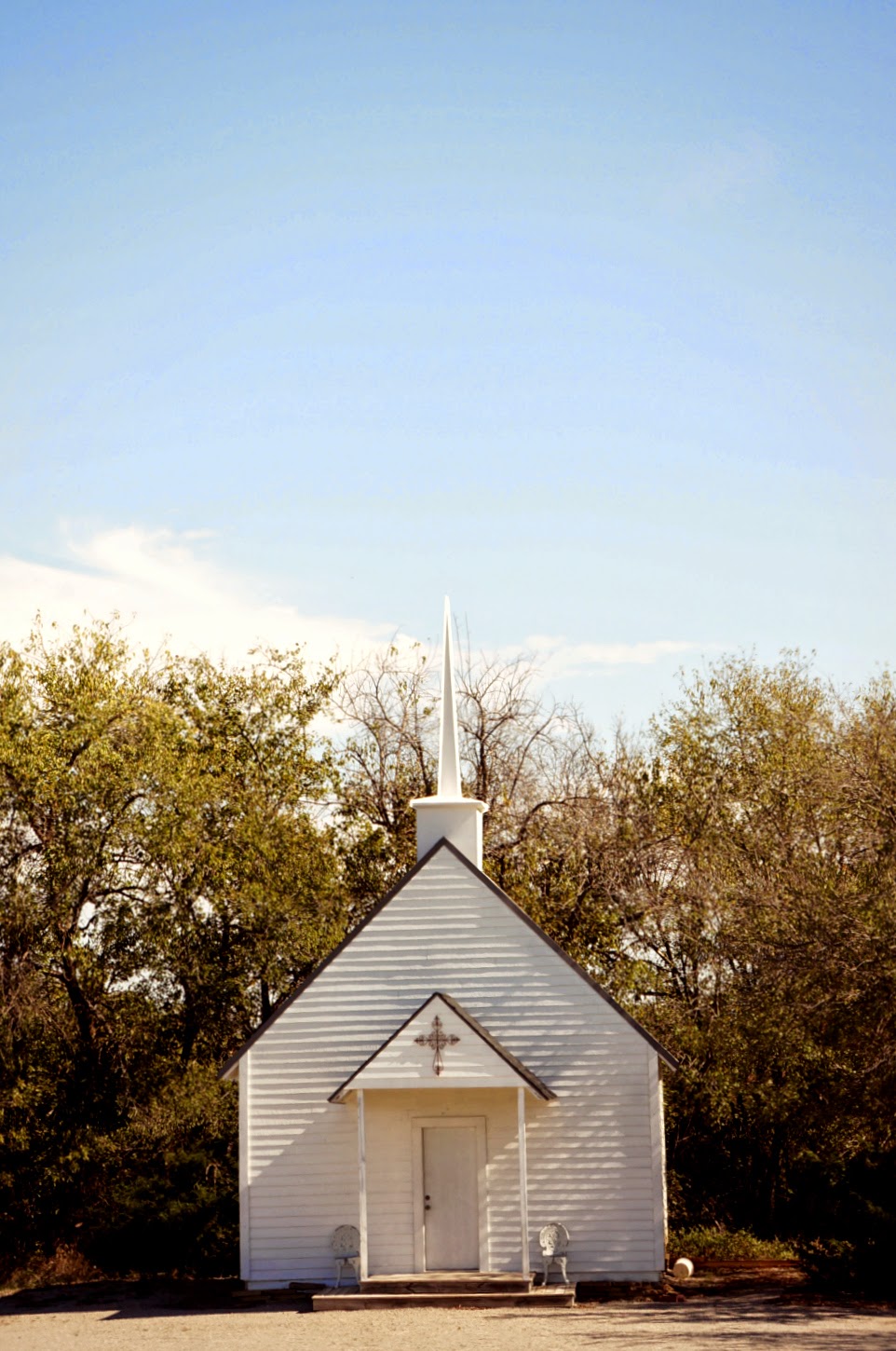 And, a board story along the trail of the hay-ride that ended with a farmer getting stuck in a bale of hay. 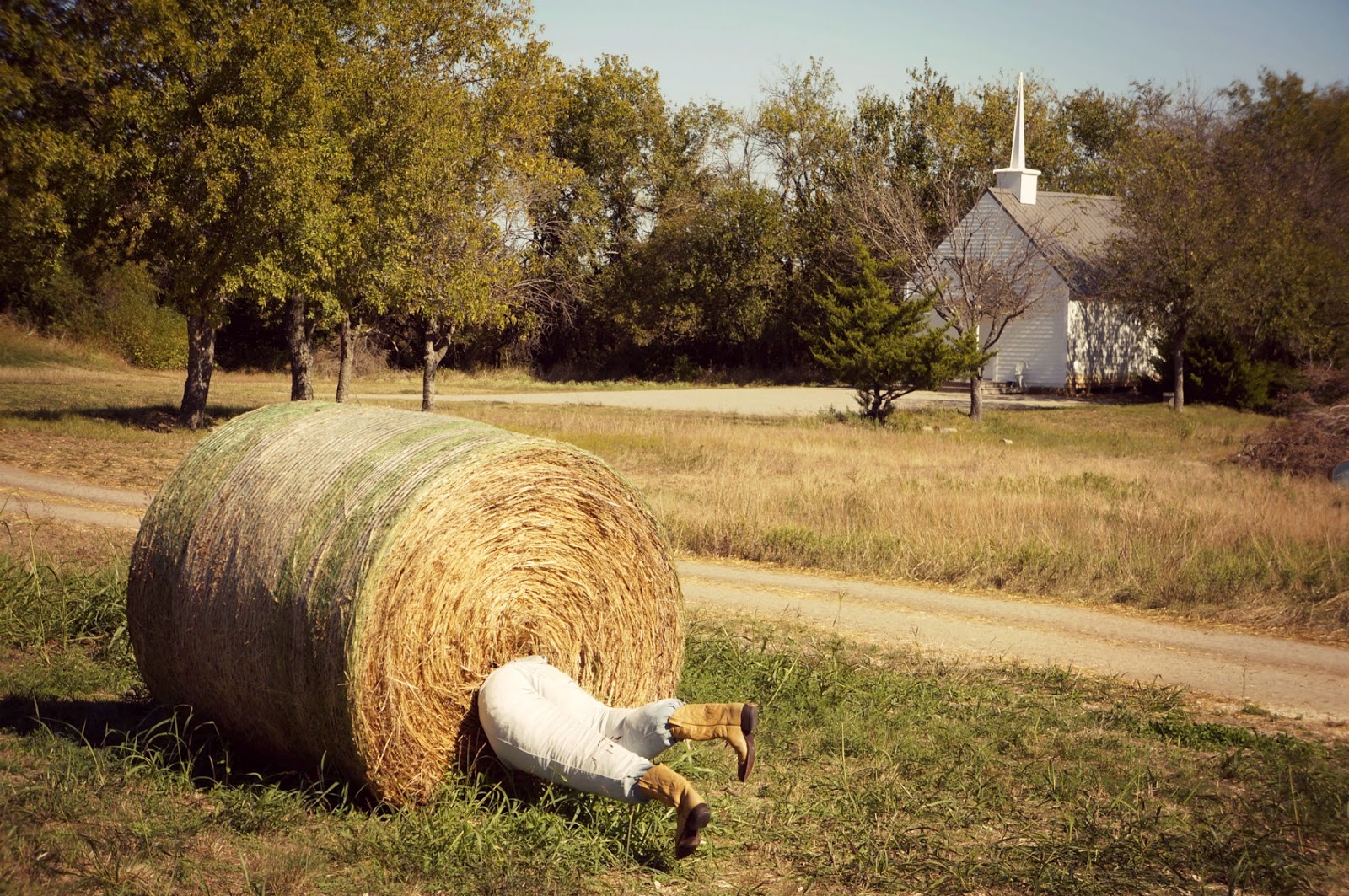 The boys thought it was funny. 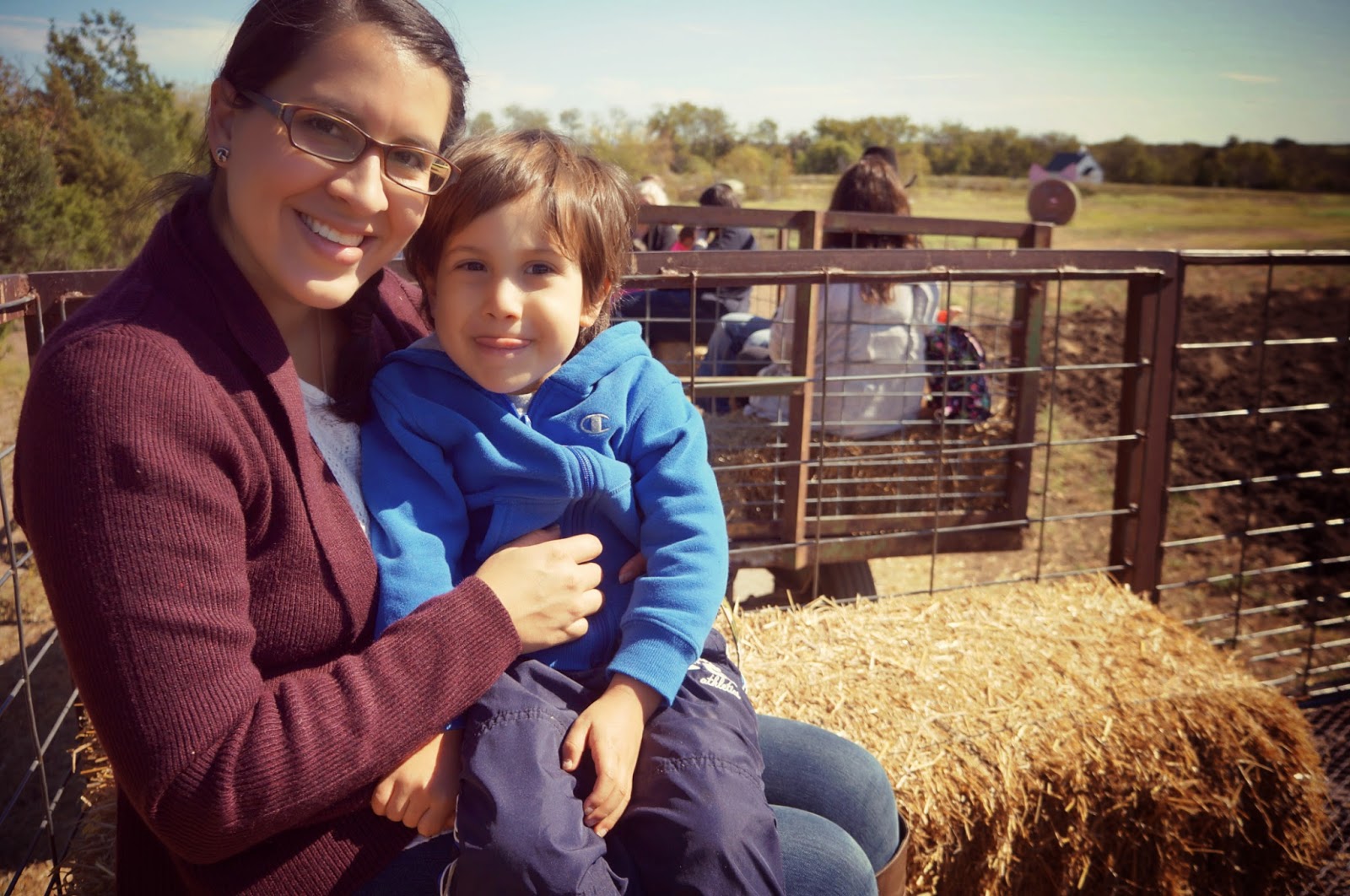 Linus, by the end of our stay here, managed to stick his hands into poo, picked up and dropped to the point of almost breaking an assortment of random pumpkins, and could not stop picking up every other little thing under the sun that was on the ground (hence, the poo).

Mischief managed thanks to the wagon. 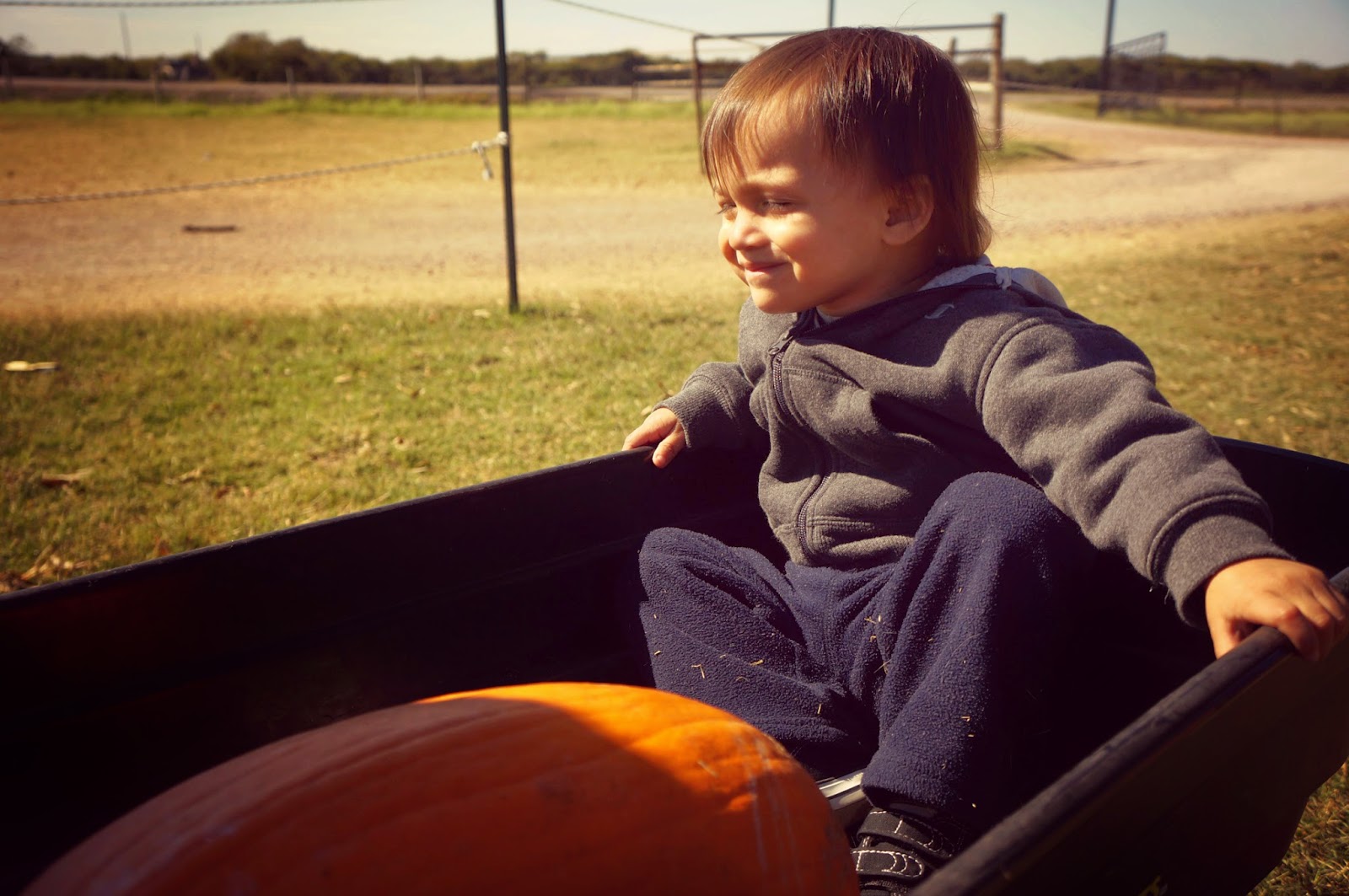 Pumpkins were picked and hauled. 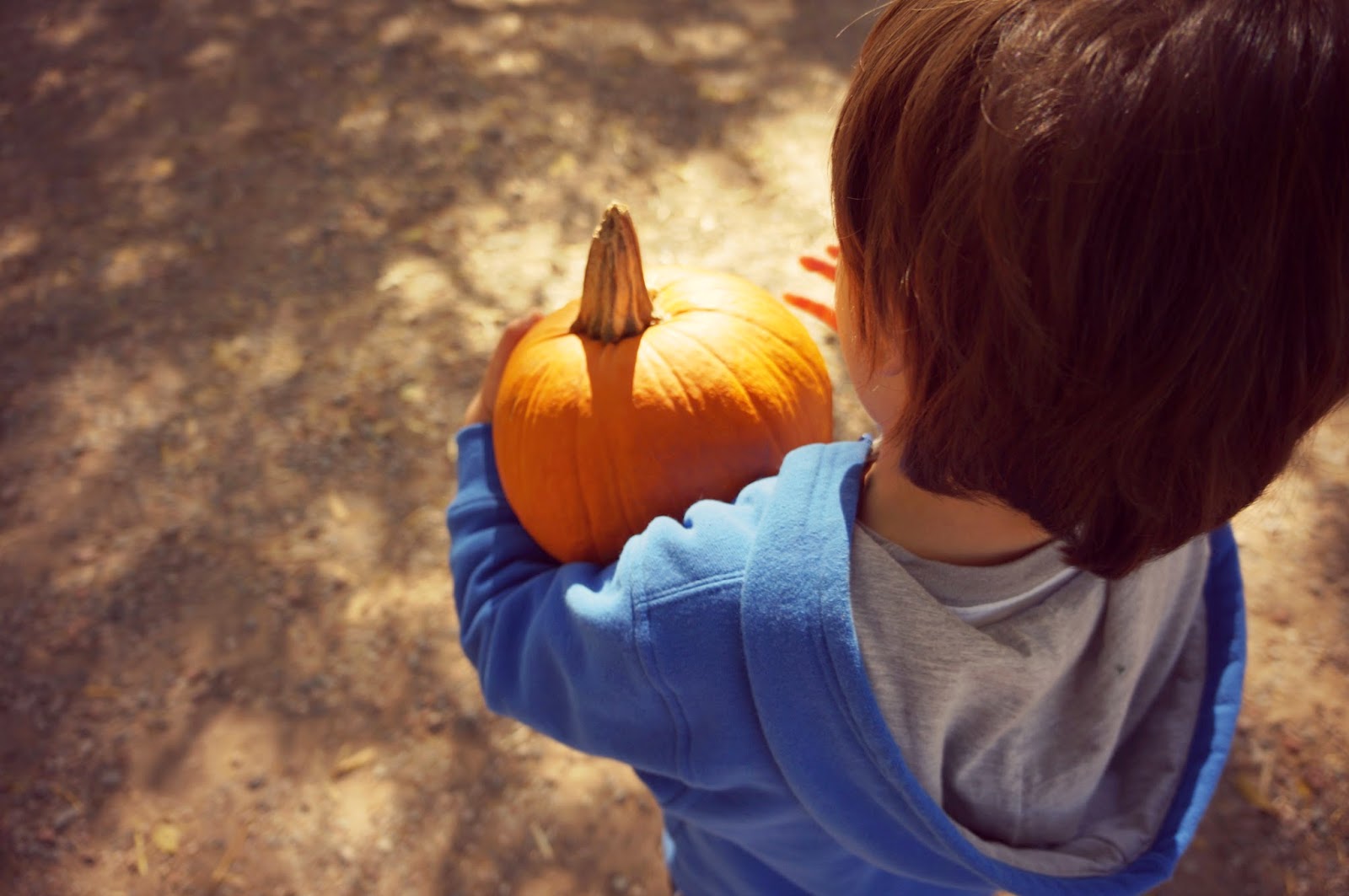 Last picture of our little pumpkin farm trip was taken on a frantic-whim while both children were scrambling and Dada was ready to pack up. Obviously. 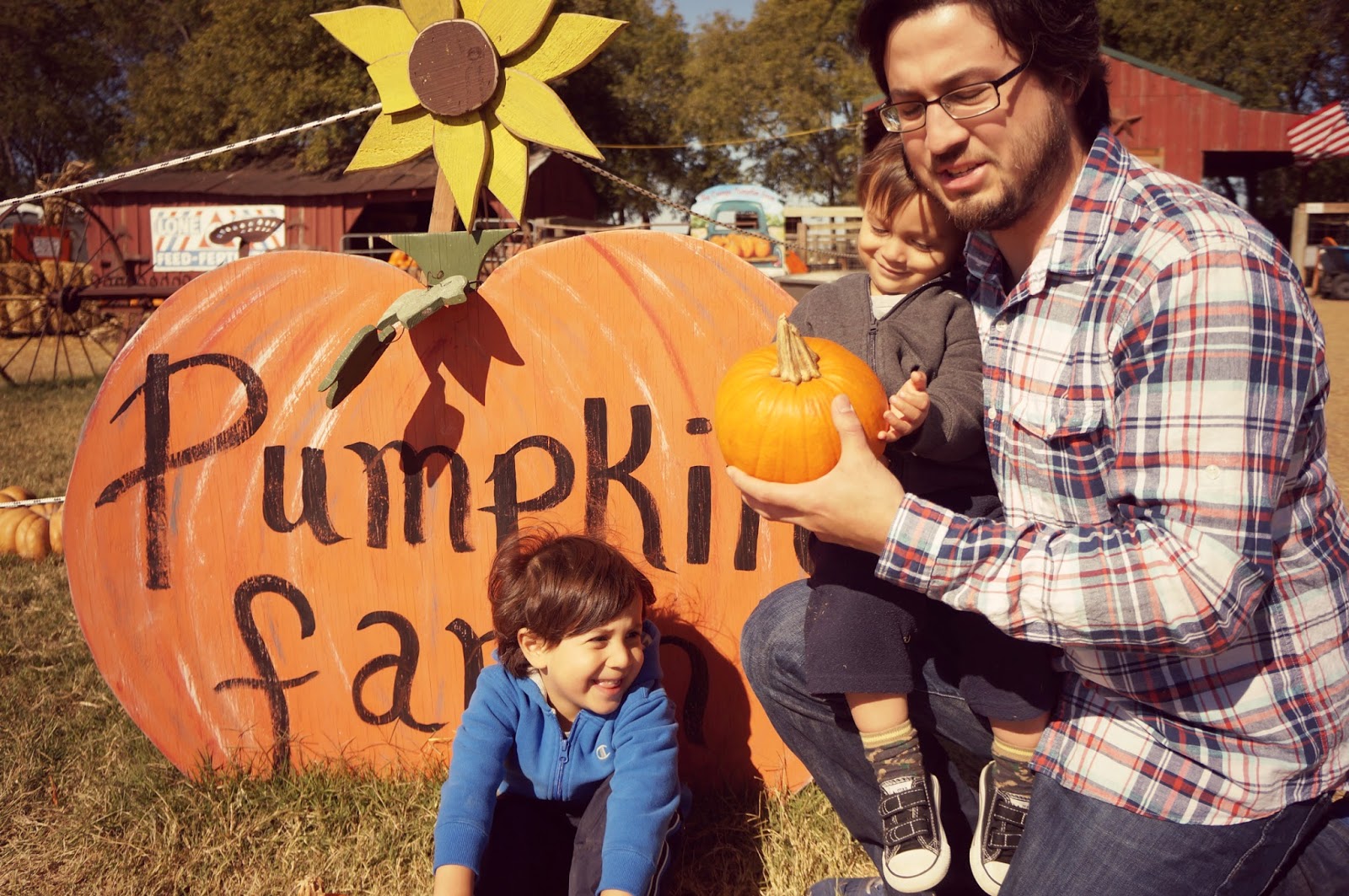 But, this next photo... I want to remember. It really was a beautiful day. The farm had so much to offer! Food, farm animals, pumpkins galore, hayrides, sights, tractor train, and memories.

The best part about these little family to-do's are all the real and beautiful moments that happen under the sun. A Dada and his boys making memories while mama just soaked up as many smiles, giggles, hugs, and love that she could. 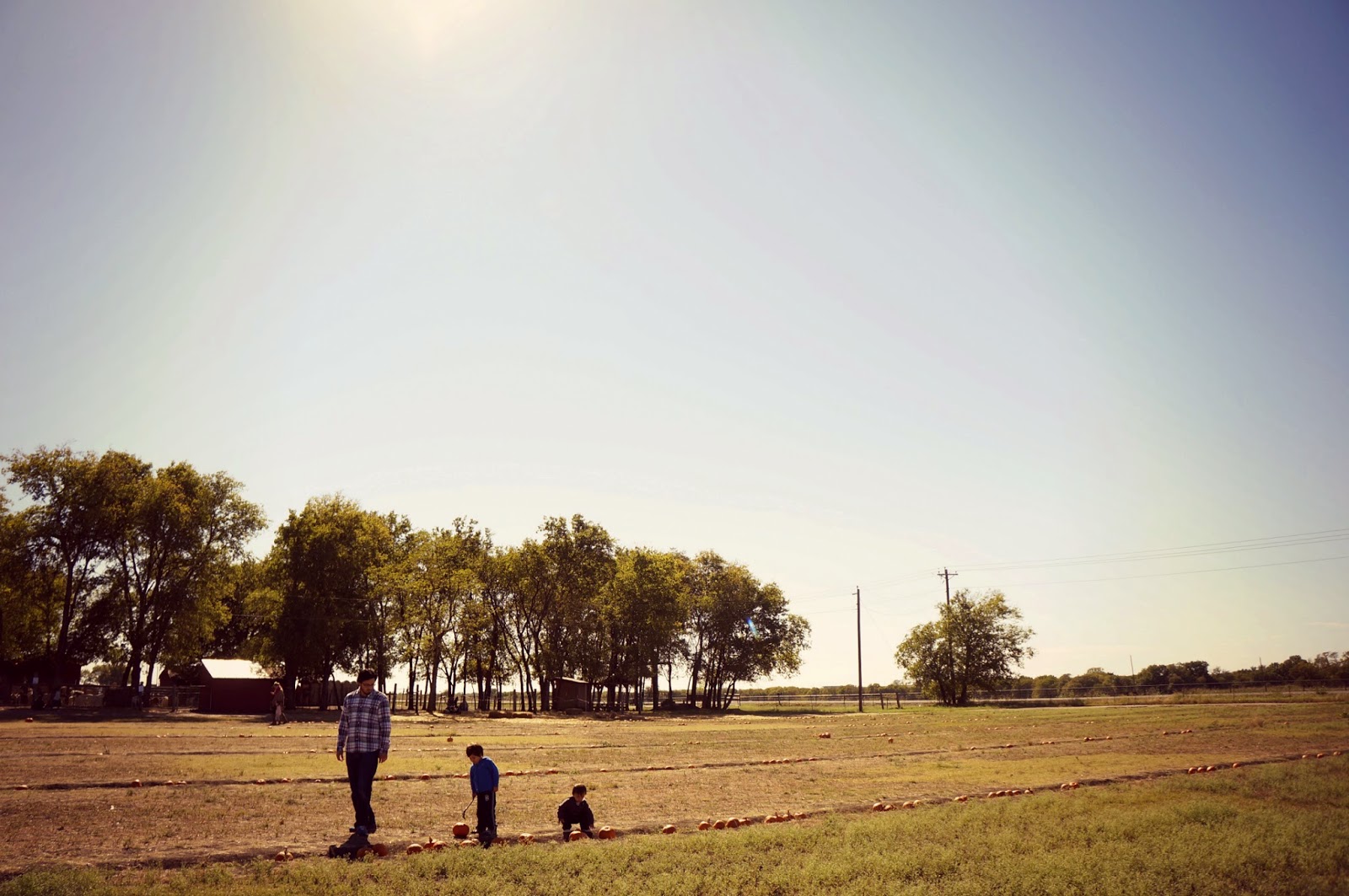 We had a good day. Thankful for this pumpkin farm that really wasn't too far from our little home.


Did y'all make it out to a pumpkin farm or patch this year?

Linking-up with the wonderful women of Like Mother, Like Daughter for Pretty, Happy, Funny, Real and with Cari over at Clan Donaldson for Theme Thursday. Today's theme is brick.
Posted by Amanda at November 06, 2014
Email ThisBlogThis!Share to TwitterShare to FacebookShare to Pinterest
Labels: link-up, PHFR, photography, The Present Moment, Theme Thursday, Update