But hopefully the last of it because this mama is ready for some Spring!

Either way, efforts were made for a little fun and the bonus was that the sun was finally out! We had only 6 hours of sun for the last 10 days. Good night, that is just not nice! But the more sun, even with the new layers of snow, shared so much good and beauty.

I got the boys layered up because we have no snow gear. No snow gear means lots and lots of layers. I was even tempted to wrap their shoes in plastic bags. I opted not to because it was hard enough getting my little squirmers layered.

Off we went into our little winter wonderland. 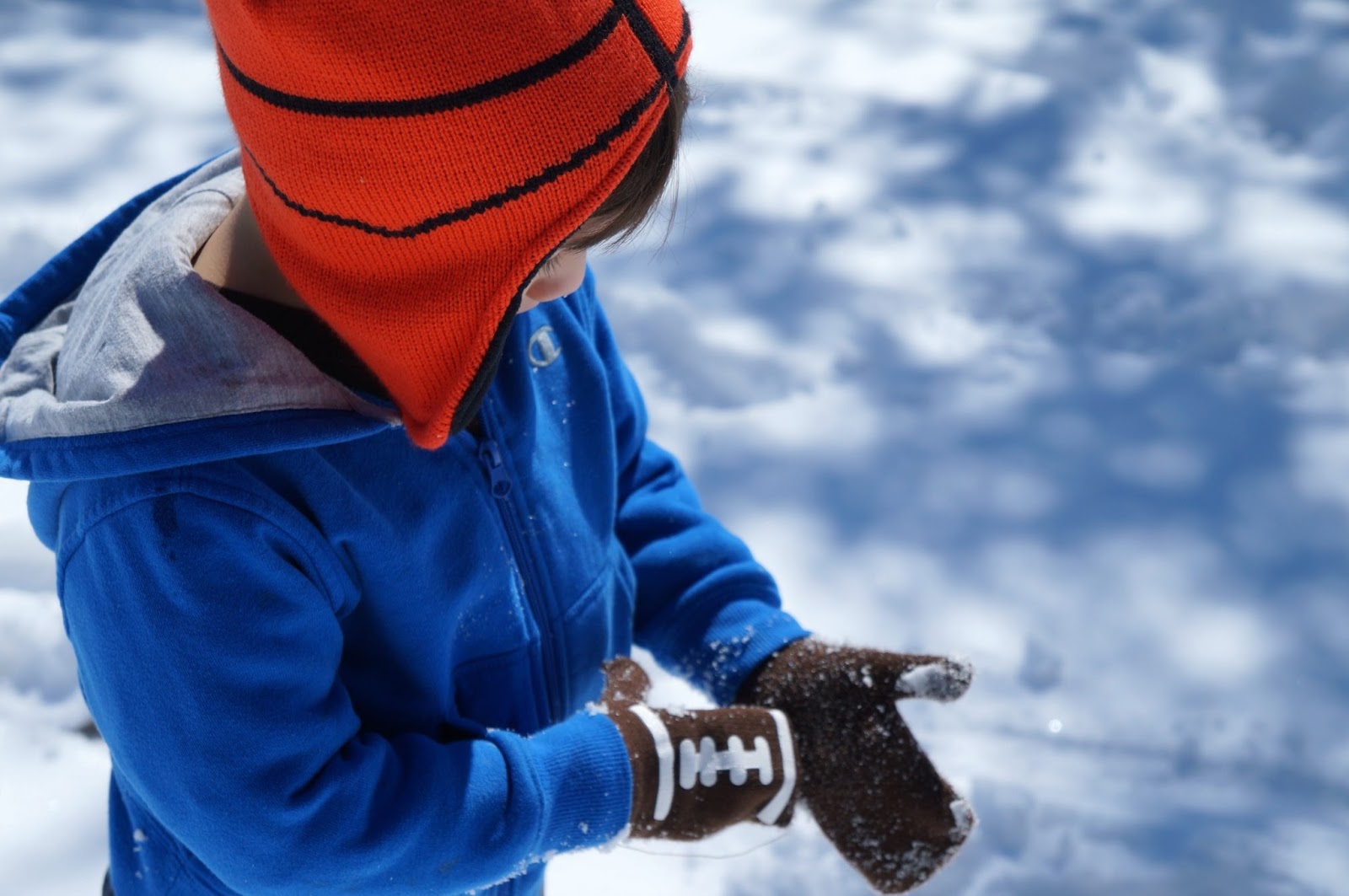 It really was so beautiful outside. It was the kind of pretty that is filled with the perfect balance of warmth and cold with soft fluffy snow beneath our feet. 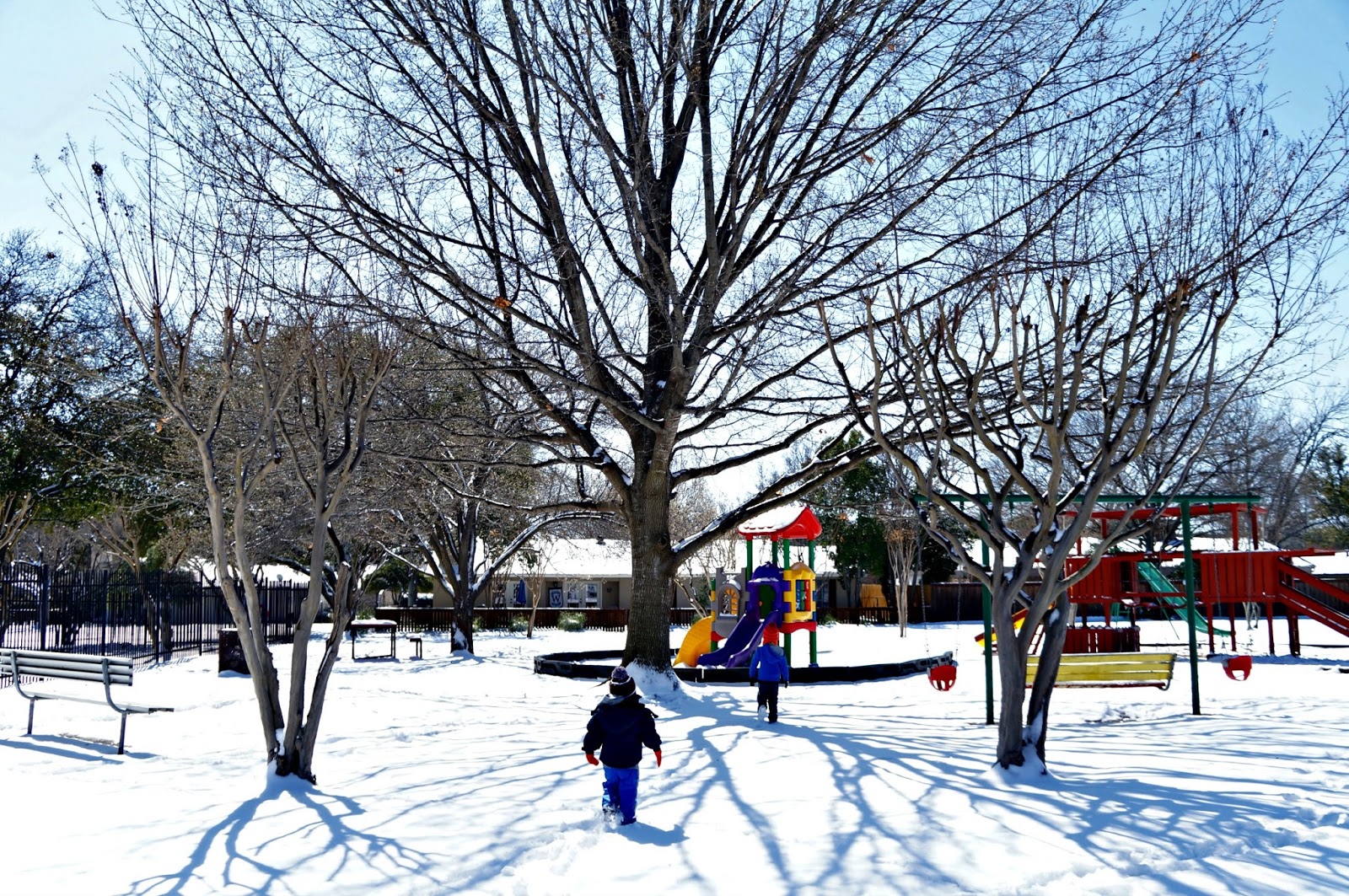 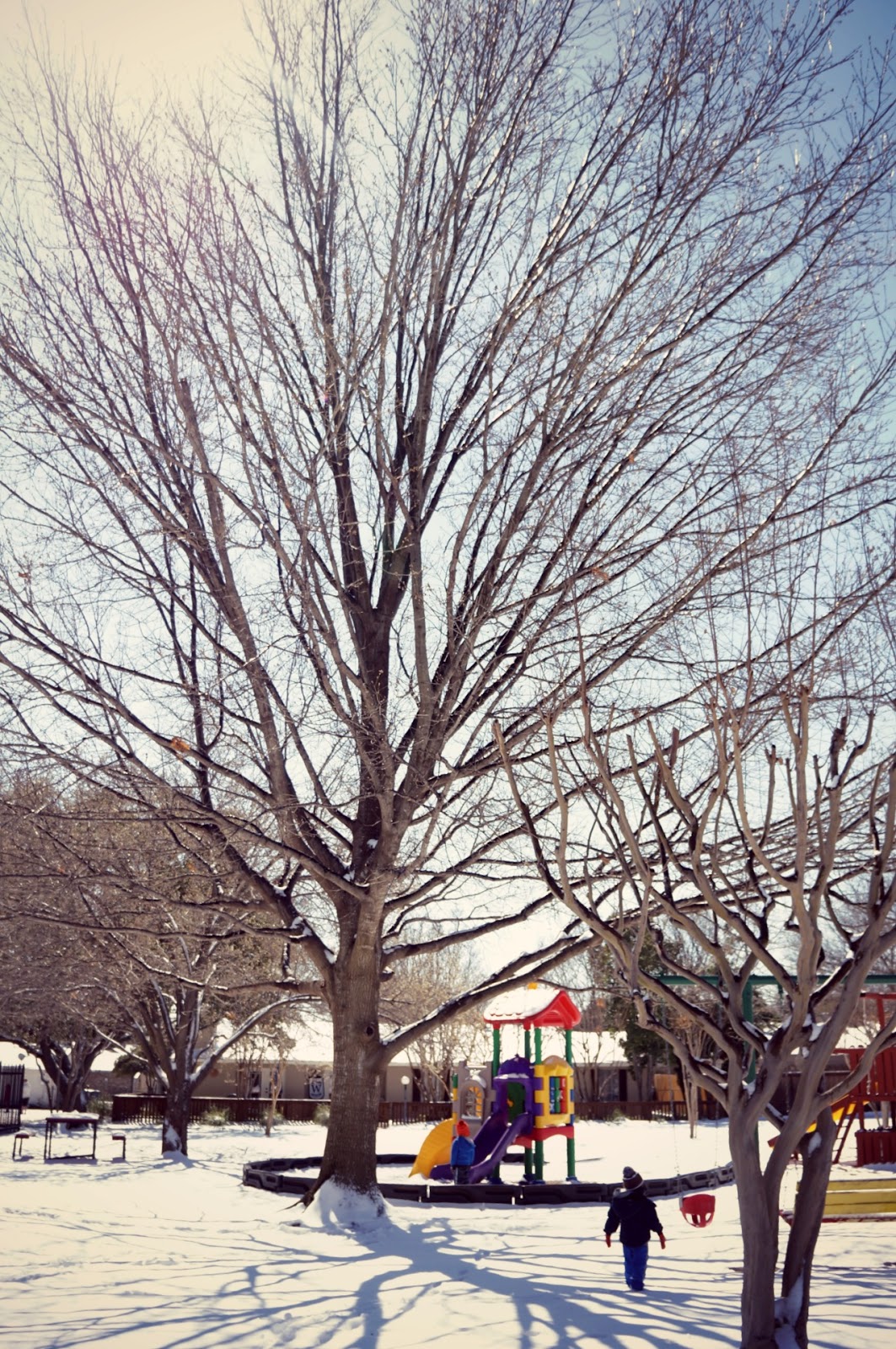 The boys were so happy. So so very happy. 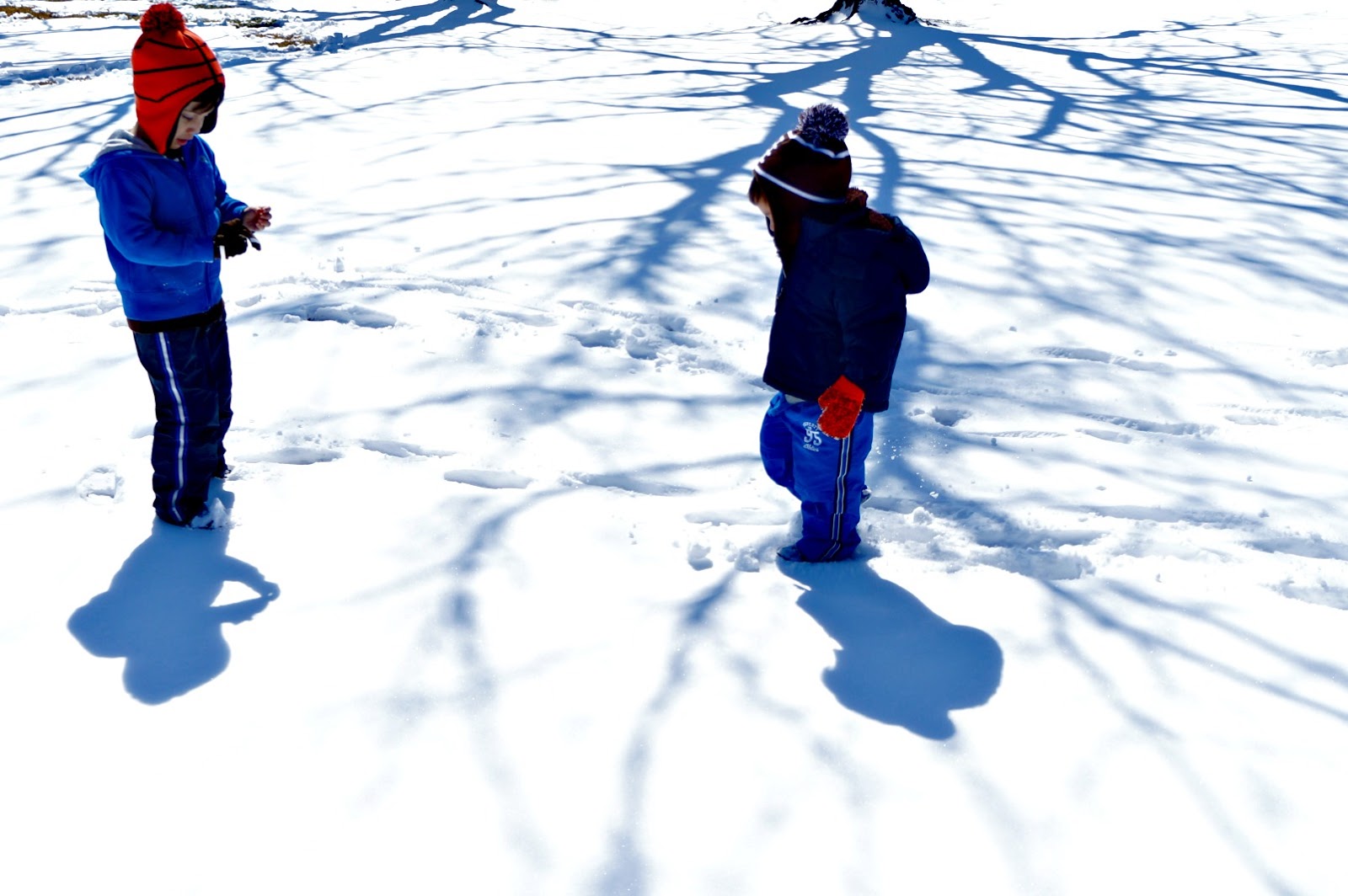 And I was happy because our awesome neighbors who built these incredibly legit snowmen (They built three.) took a picture of me with our boys. There are so few photos of me (memory-capturer problems) so I jumped at the offer! 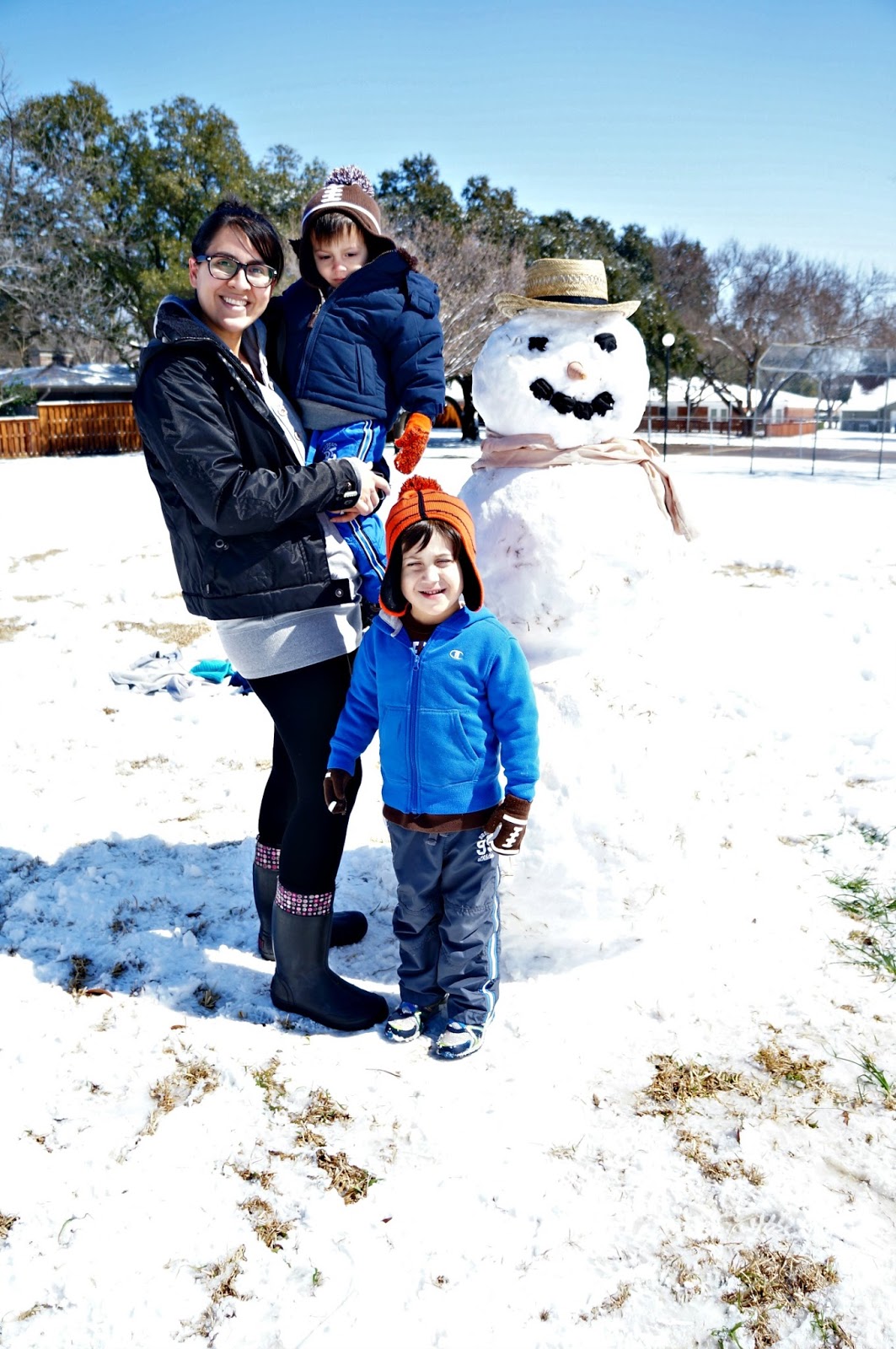 This boy was so fun and funny about all the snow. It's like I could see his heart jumping from how excited he was to play, make snowballs, and snowangels.

Which brings me to my 9/52. I'm picking this photo of Bigfoot. 3. Loves snowball fights, our pup Lily, and pumpkin muffins. 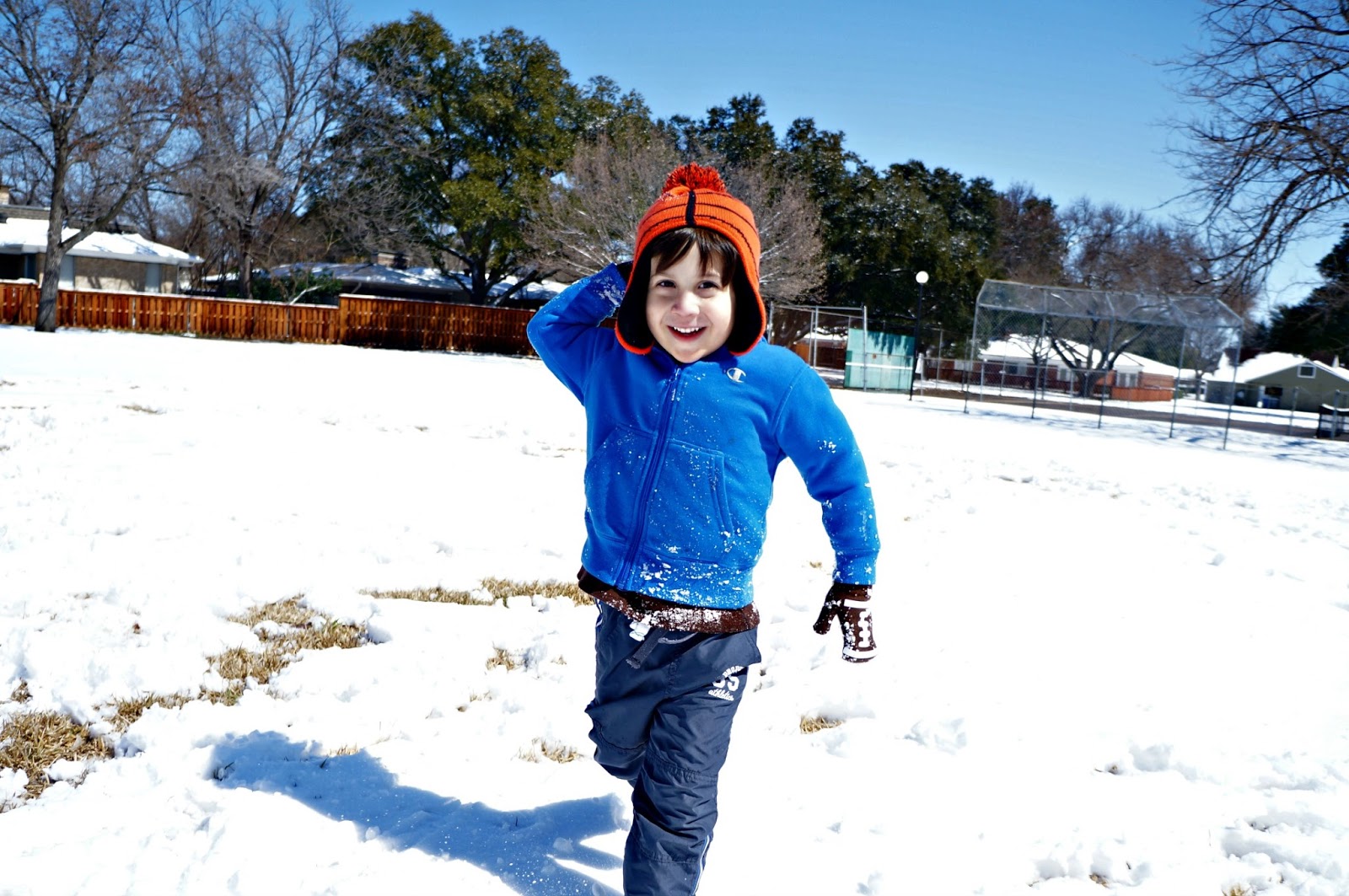 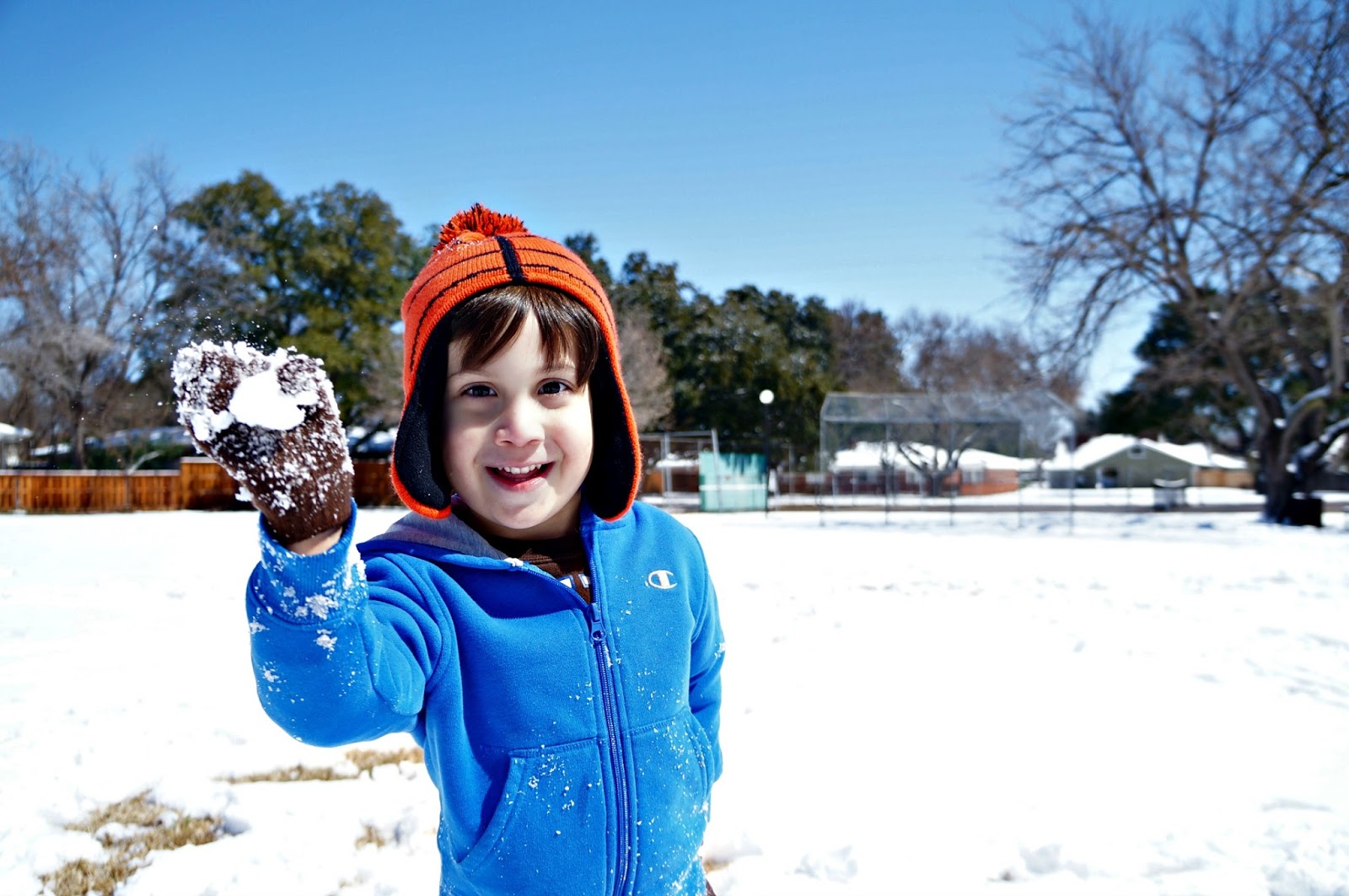 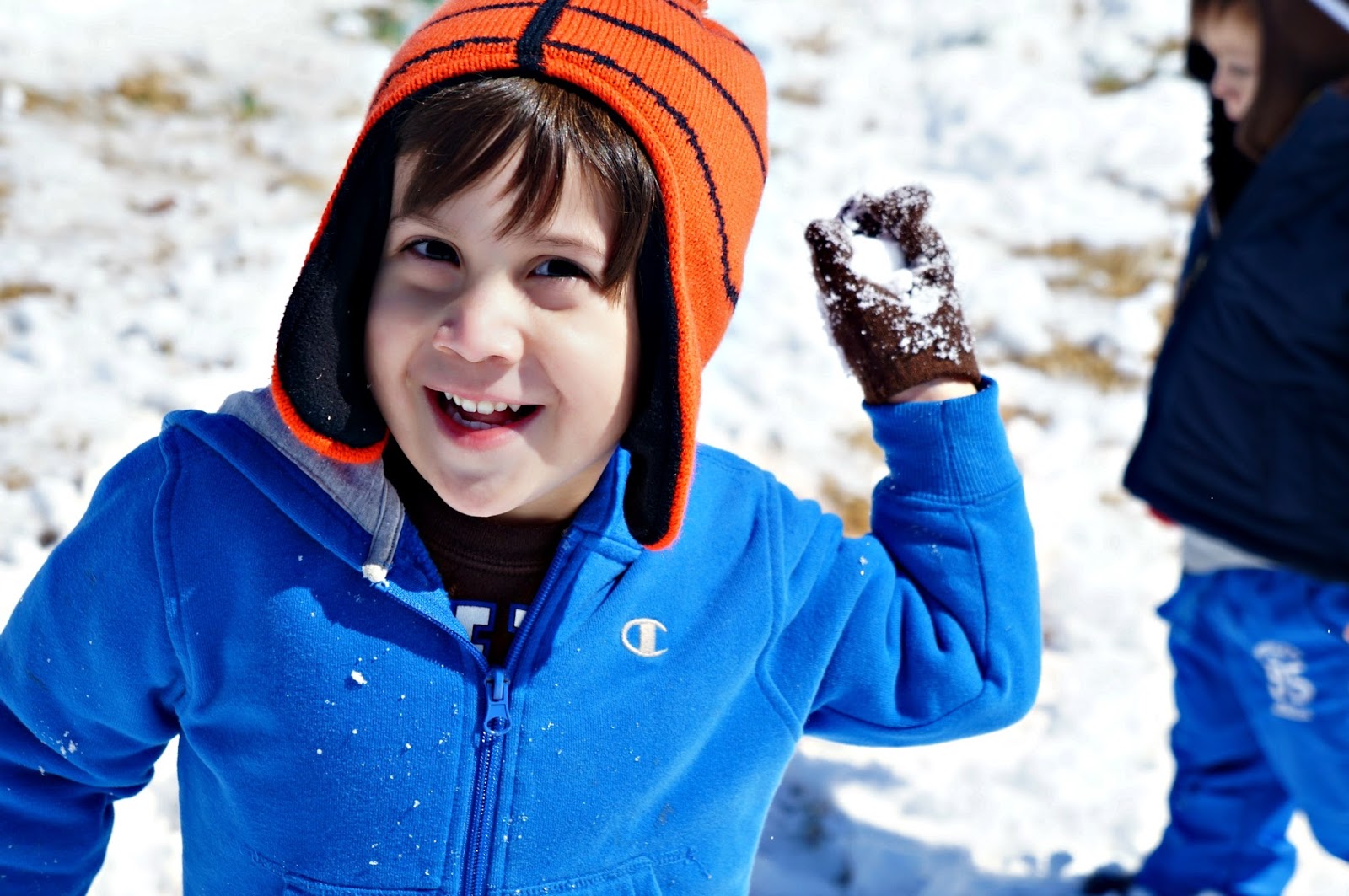 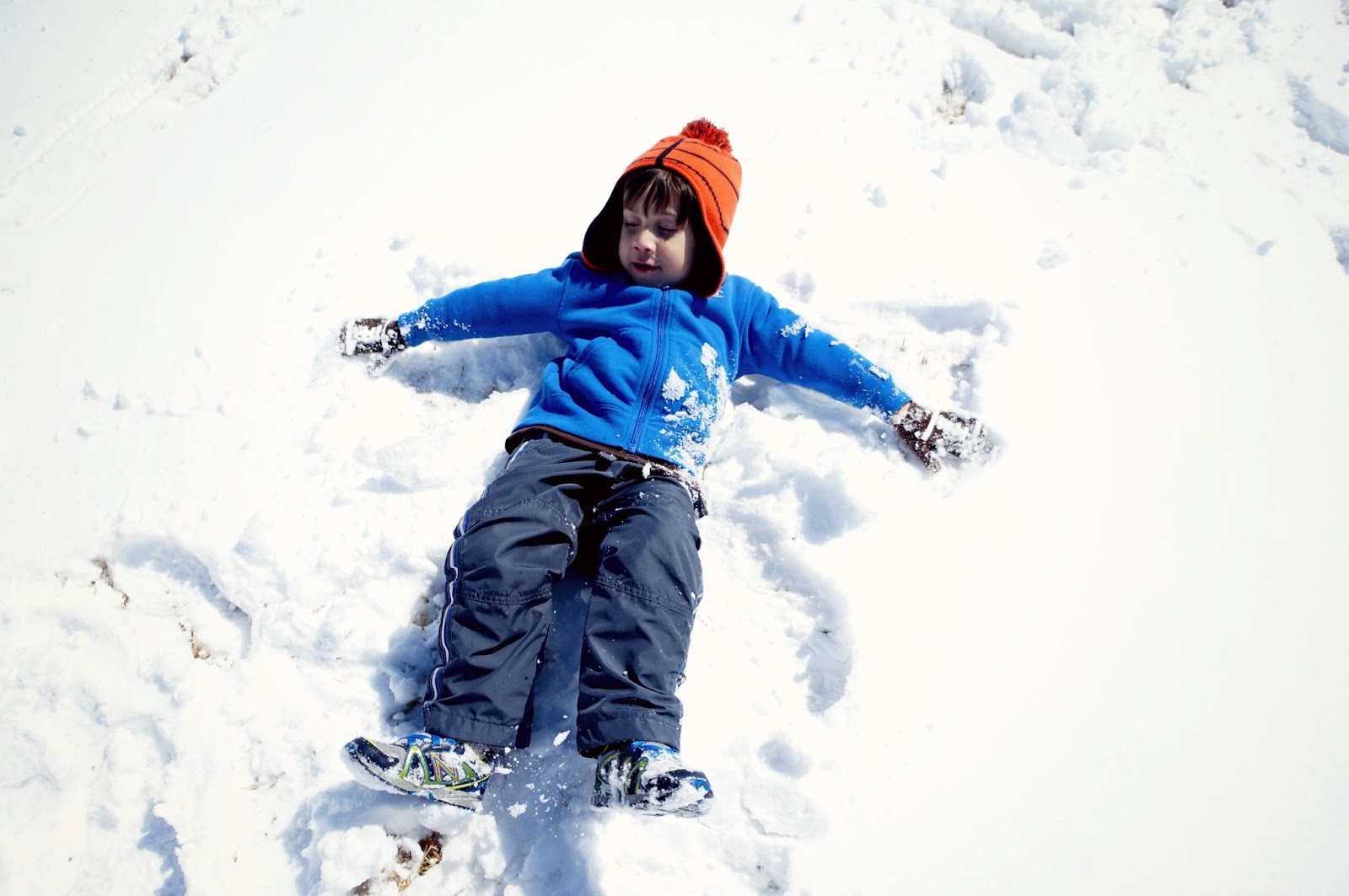 This little guy was a little on the clingy side. 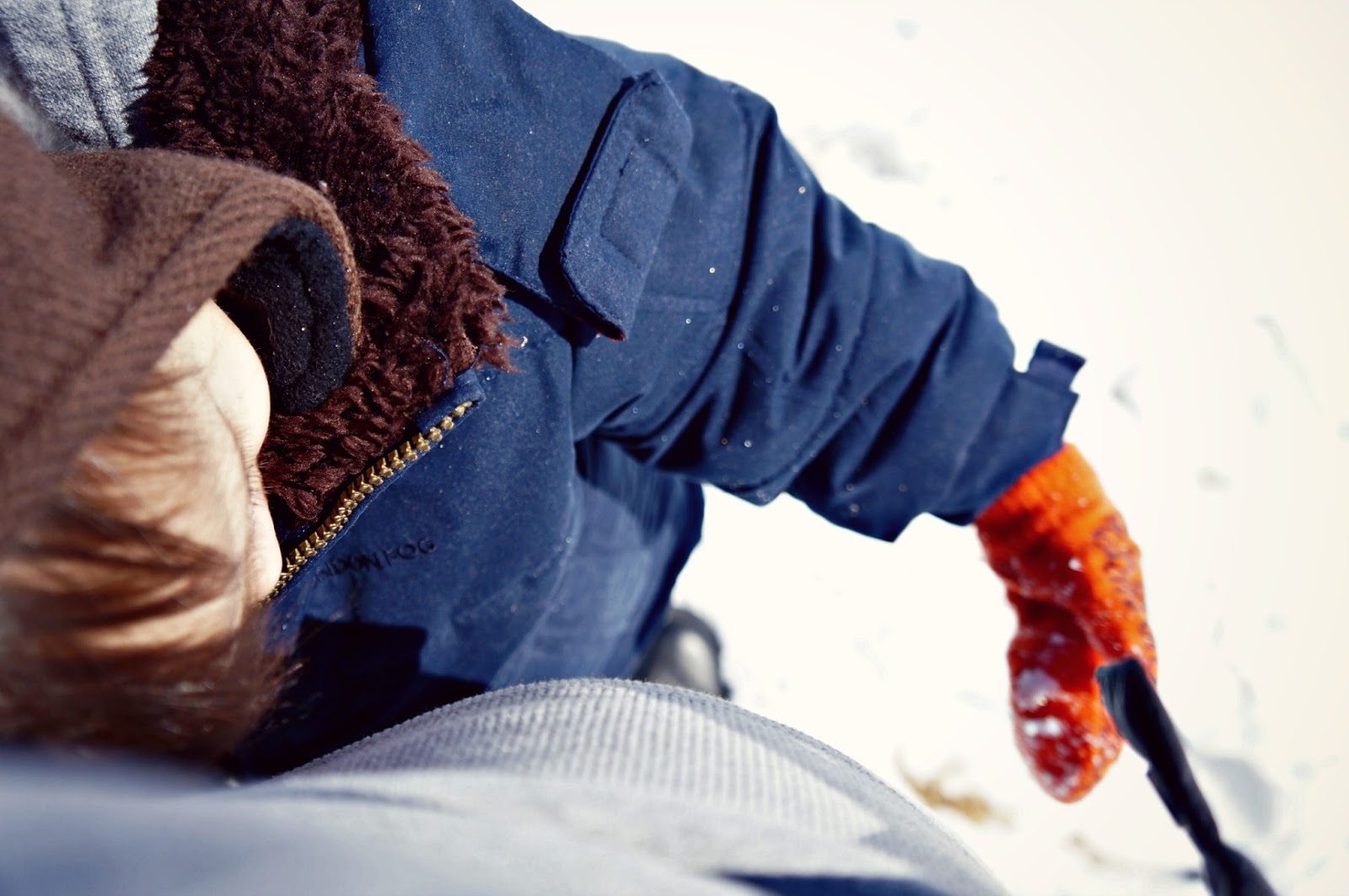 He eventually settled a bit more and which gave my back the break it was really needing. 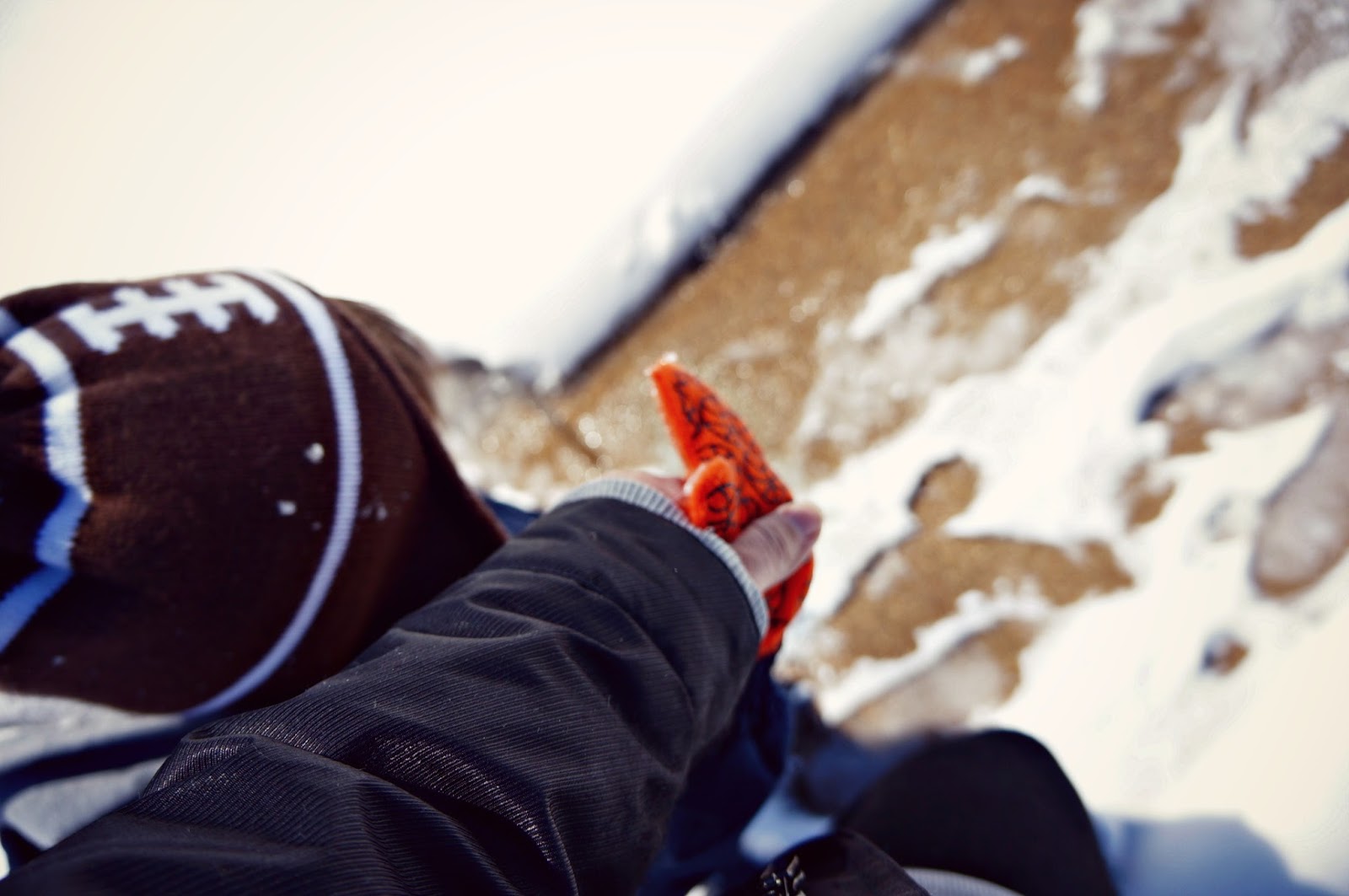 After a little hand-holding, he was on his way. I'll choose this photo below for 9/52. Linus. 2. Loves hugging mama, hand-holdling, and pumpkin muffins. 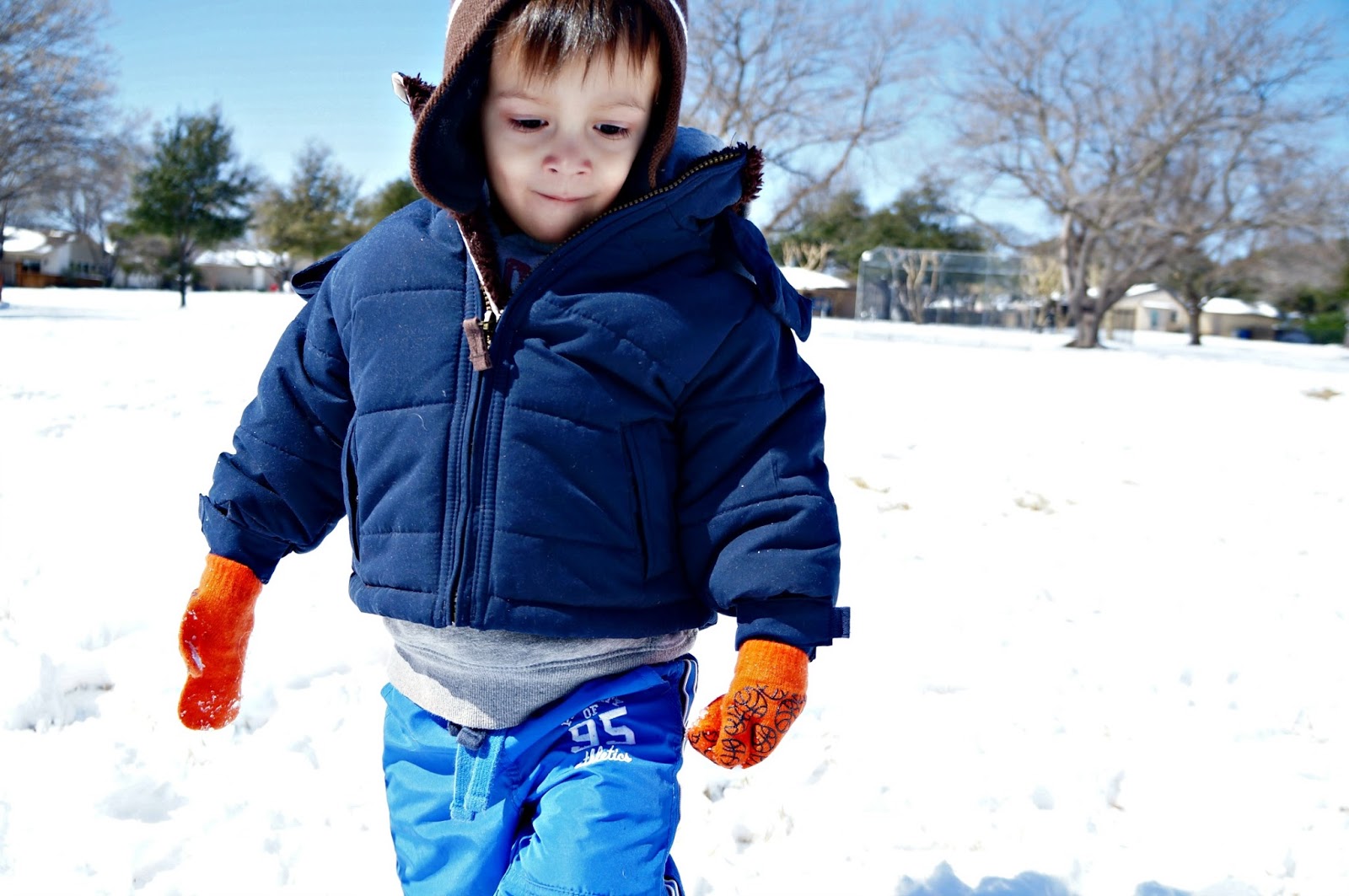 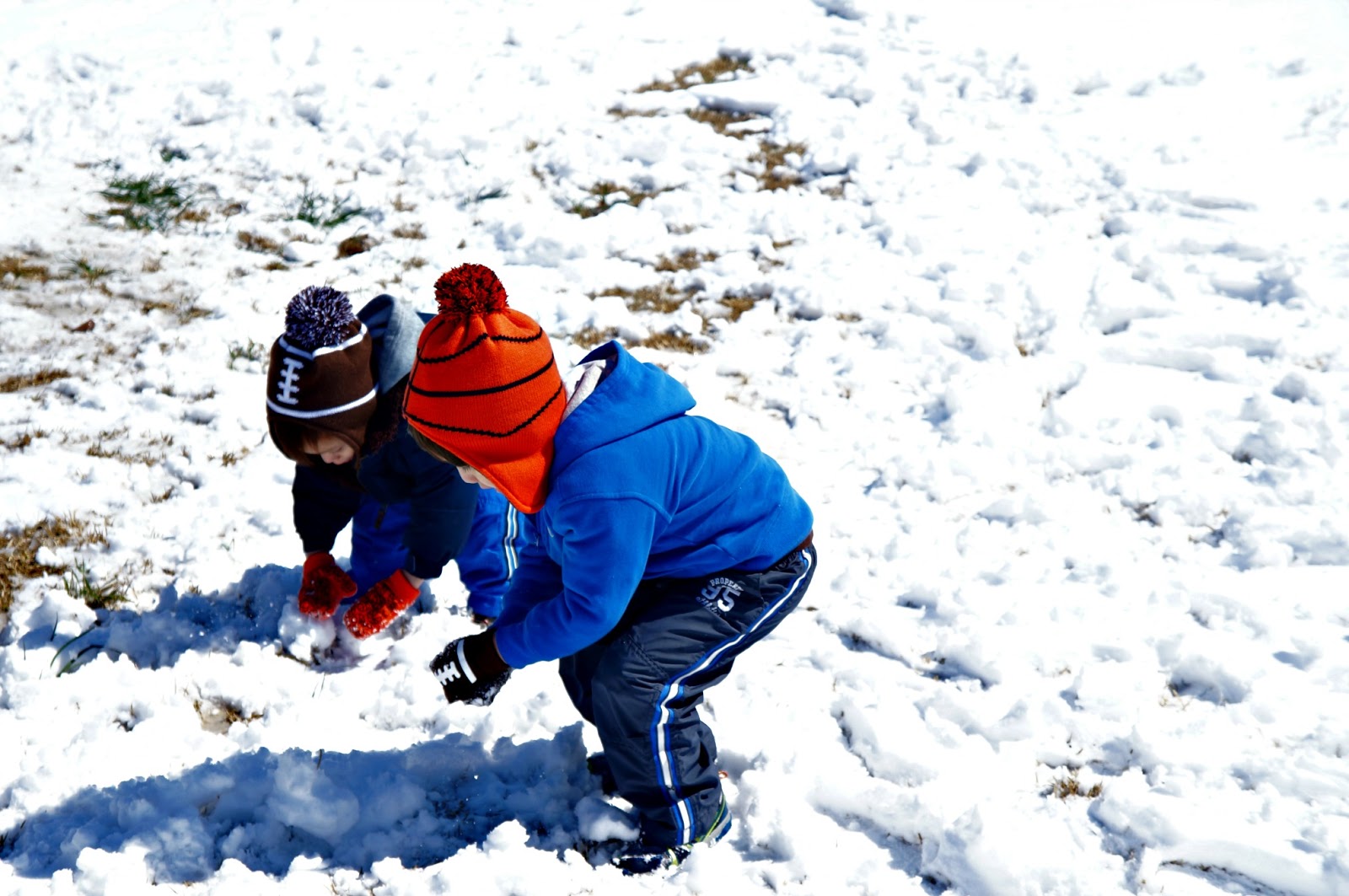 Who was all too thrilled to have an additional snowball fighting target. 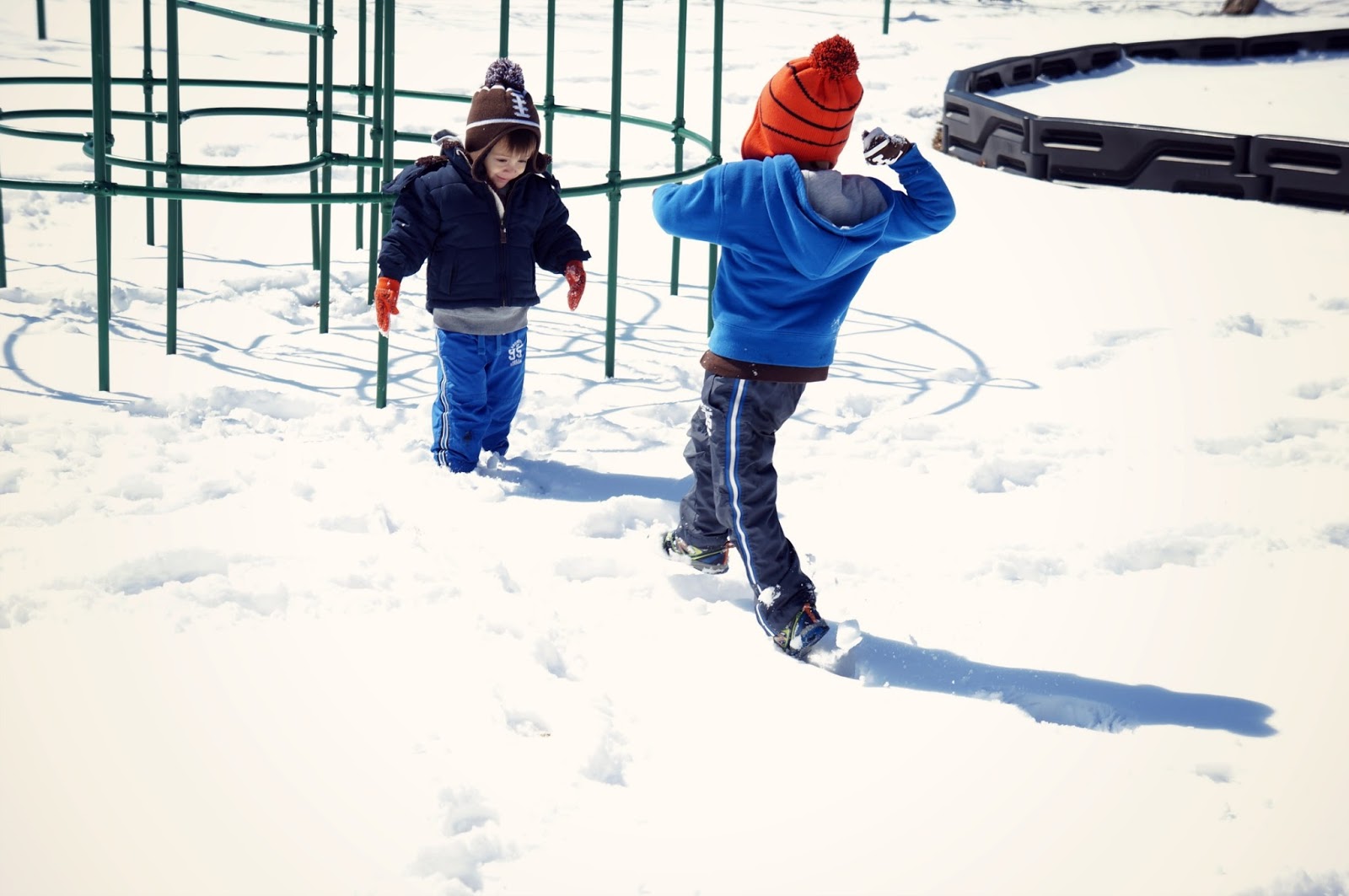 Once that fun dwindled we were off to build another snowman. 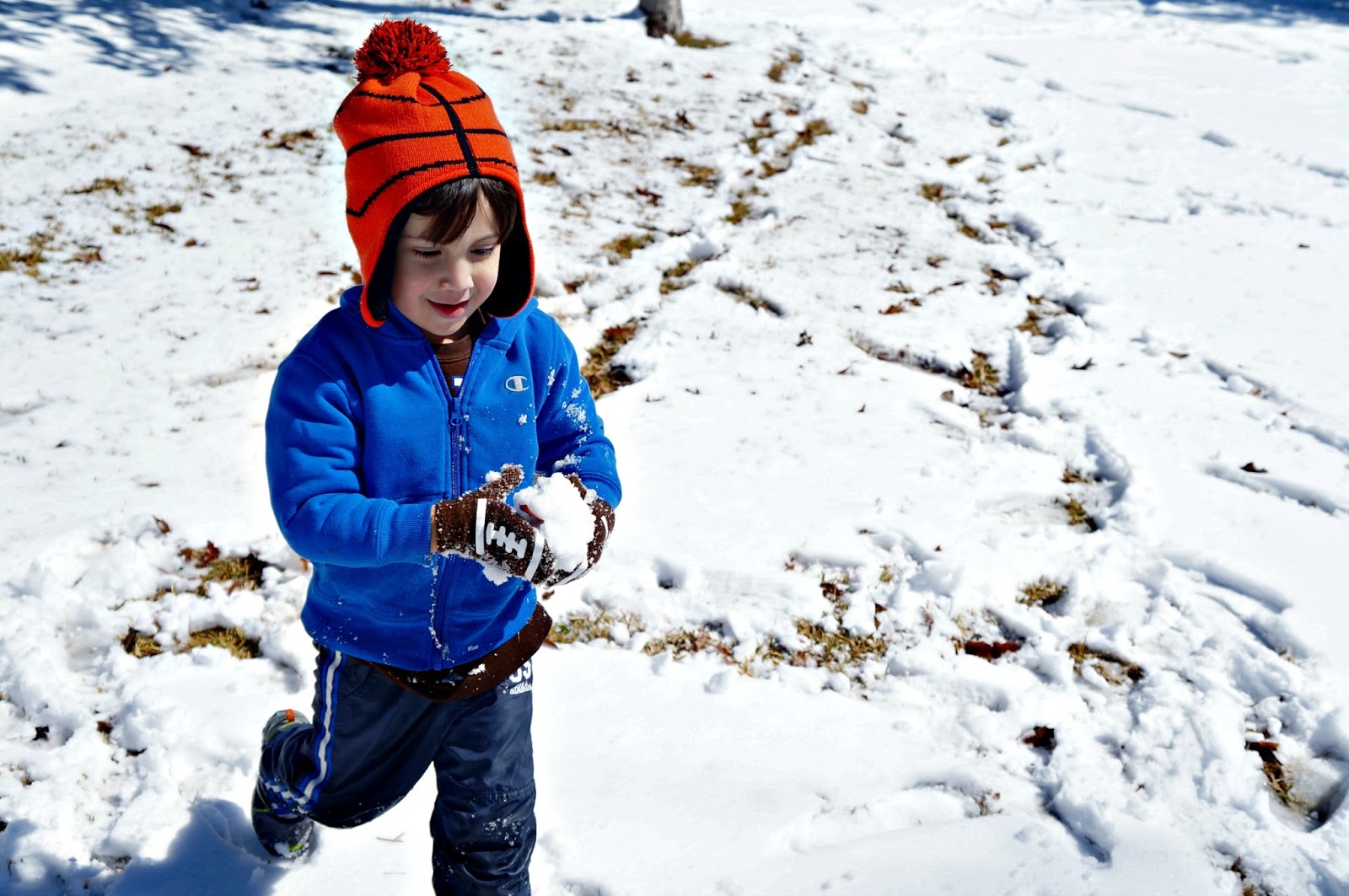 The effort was all theirs. I watched and encouraged while they ultimately had three stacked snowballs... 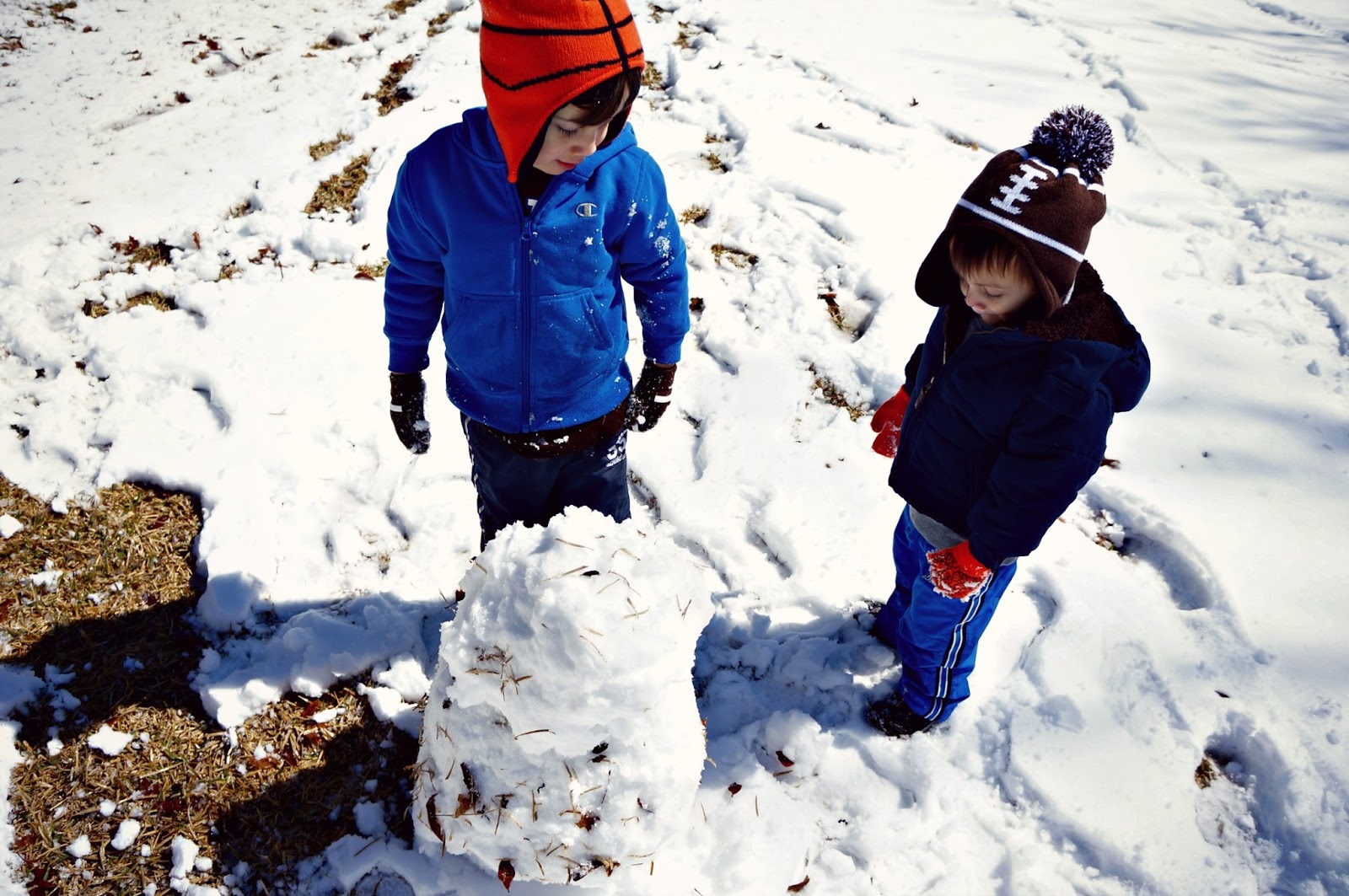 ...only to knock it down as they do to all. the. things. they build.

Yay, pretty snow and double Yay to the sunshine!


Linking- up with Kelly for some quick-takes, Aimee for Finding Beauty, and Amy for Embrace the Oridnary, and with Like Mother, Like Daughter for {P,H,F,R}. Tons of linking-up today to share all our bits of beauty and happy on our last snow day of the year.

These days it's the little things. Always the little things and I'm thankful for these lovely link-ups that help me remember that!
Posted by Amanda at March 06, 2015
Email ThisBlogThis!Share to TwitterShare to FacebookShare to Pinterest
Labels: 52 project, 7QT, Beauty Finds Friday, Embrace the Ordinary, PHFR, photography