The boys have been feeling pretty crummy lately so on the beautiful snow day we had recently, we didn't make it out. But on the next day, fevers lifted and allergy medicines were helping during the day so we made our way out for a little bit.

The boys were just dying to go outside and play in the snow. These two photos were my favorites. I took a few more that I'll be sharing this coming week but these photos of the boys just make my heart smile. 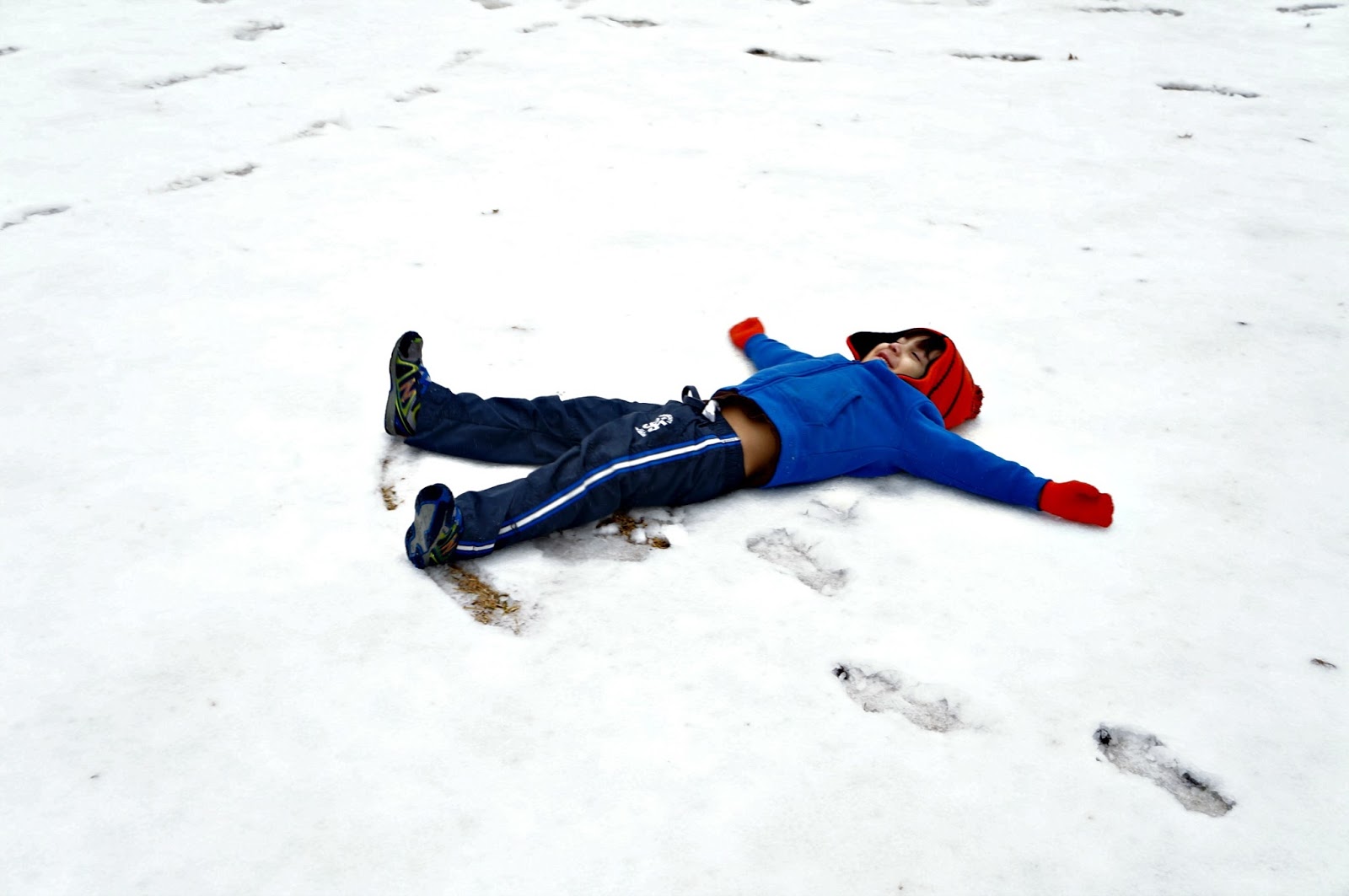 Linus. 2. Really loves eating snow-cream, going down little snowy hills in our laundry basket, and the crunchy sound his feet make each time he stomps. 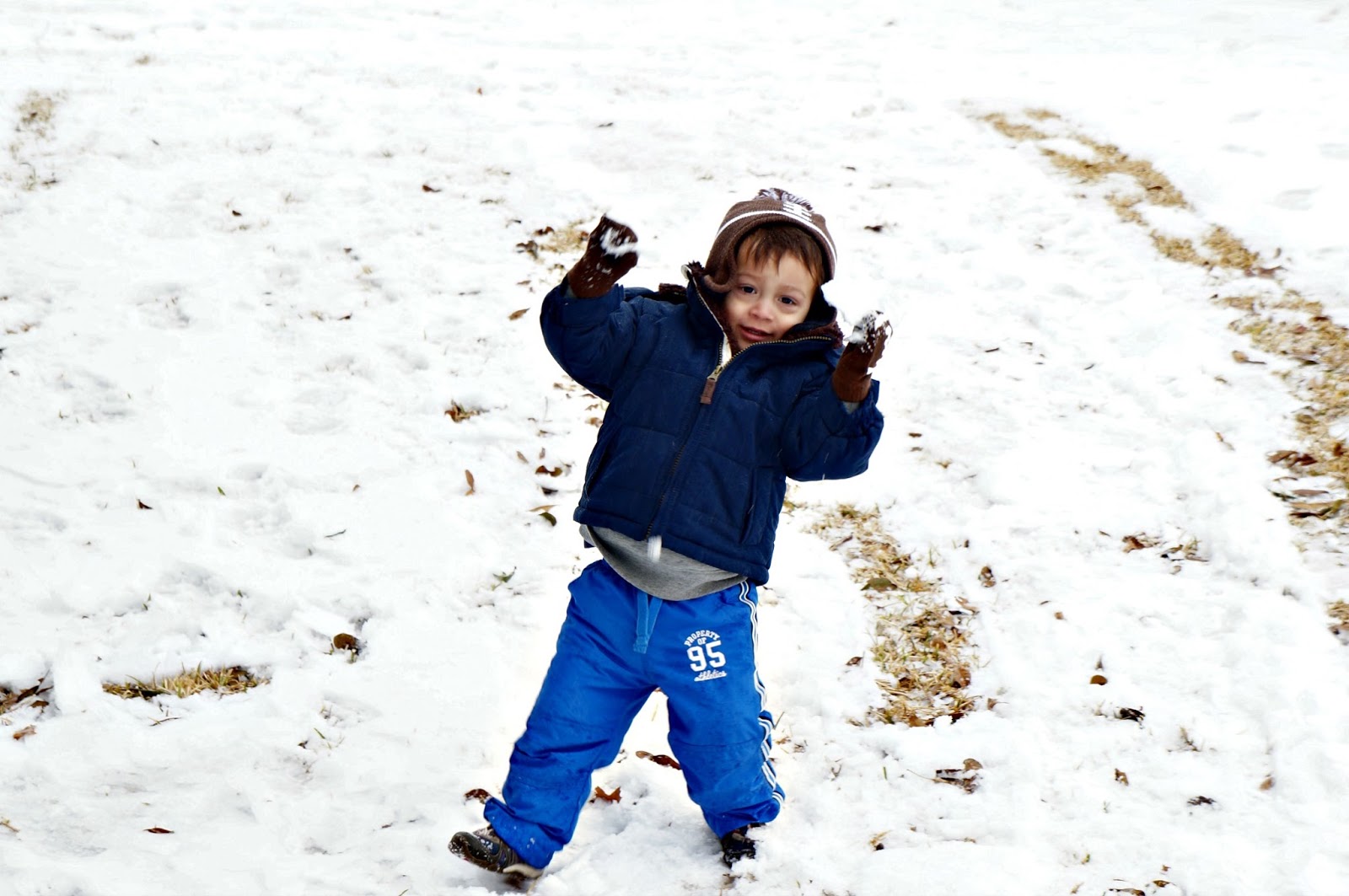 Bonus. I present to you our first family snowman. Or lady? Bigfoot claims she is a she but refuses to name her. And all I can get out of Linus regarding naming things is horse or raff (giraffe) so I guess I have to fill in for them and name her, Lashes.

Lashes. 24 hours. Loves freezing temperatures, all things trees (given they make up her wardrobe, limbs, and face), and the hands that brought her into being. Dislikes that she melted after 24 hours, was knocked over before then because her meltiness gave her bottom a slant (Timber she went!), and that we didn't stay out long enough to make her some snow friends. 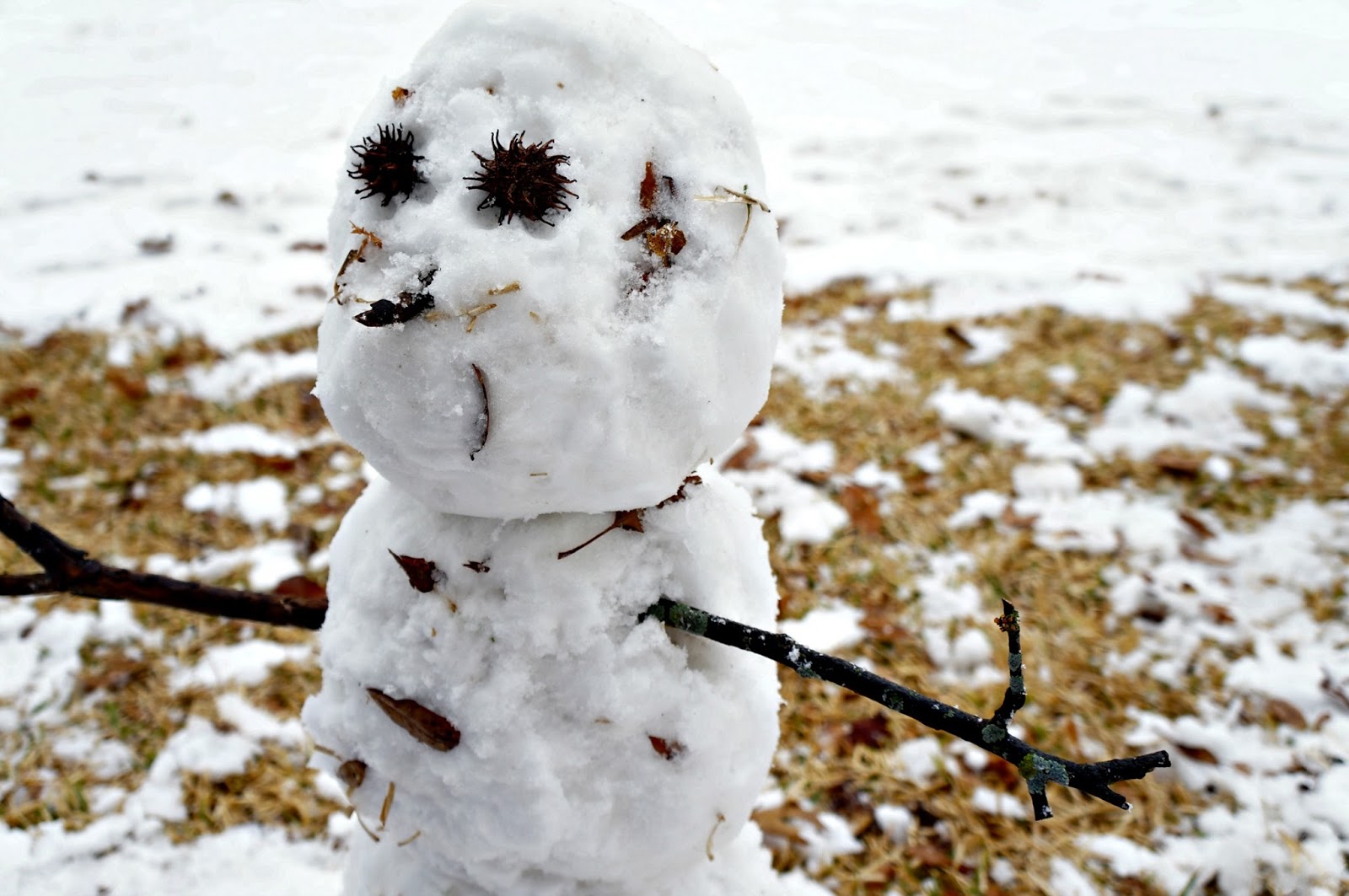 The boys have been wanting to build a snowman ever since we watched Frozen. Once. Throw in some winter read some and their fervor went through the roof. They just wanted the chance to build one!

Thankful they were healthy enough to enjoy the cold fun for a day, that they got their chance to build their first snowman (Or, snowlady in this case.), and that I was able to capture some sweet memories with our camera.
Posted by Amanda at March 01, 2015
Email ThisBlogThis!Share to TwitterShare to FacebookShare to Pinterest
Labels: 52 project, photography, Update