Happy! is what my Bigfoot tells me after playing outside in his cape. He chased and kicked a soccer ball; meanwhile collecting every stick God every allowed to exist. 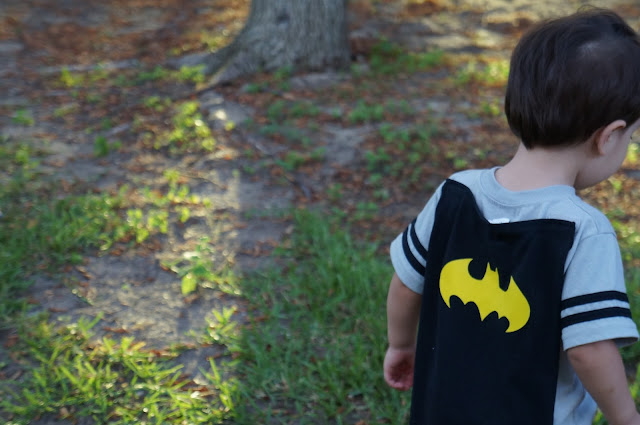 Batman can kick and run unlike any other. 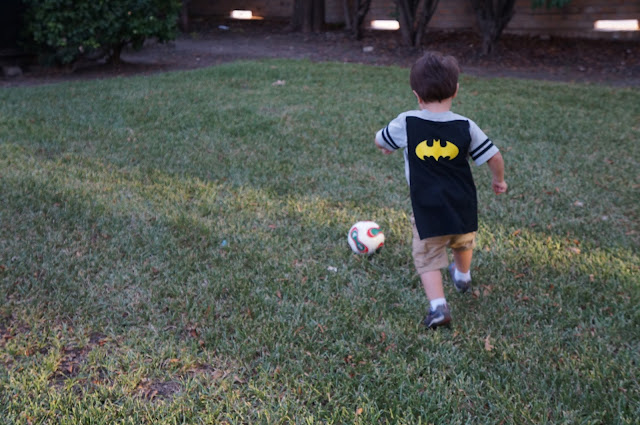 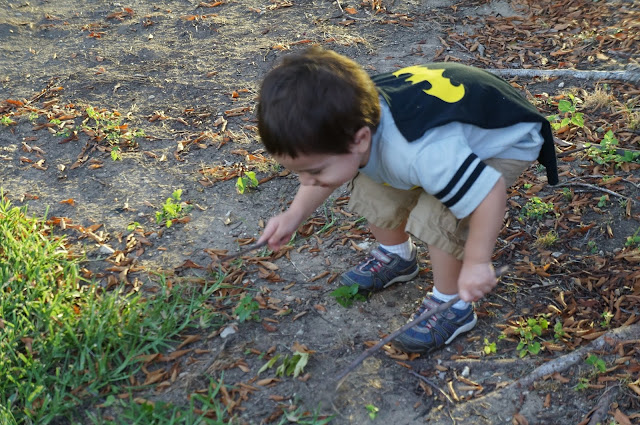 He has an eye that catches every. single. stick. that ever existed. Ever! 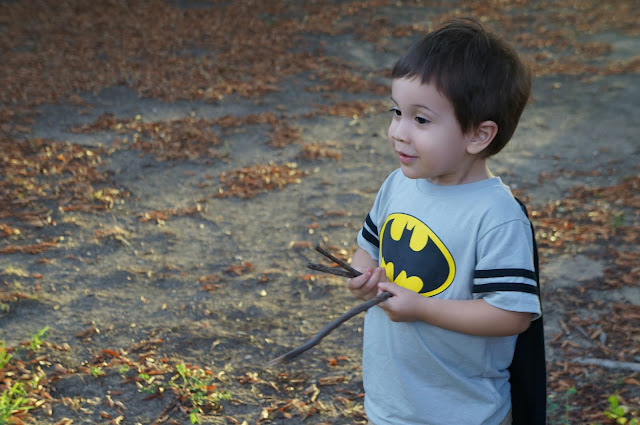 He can care for said sticks while running and kicking a soccer ball. He can intercept Dada and run away with said soccer ball, while still holding sticks to his little heart's delight. 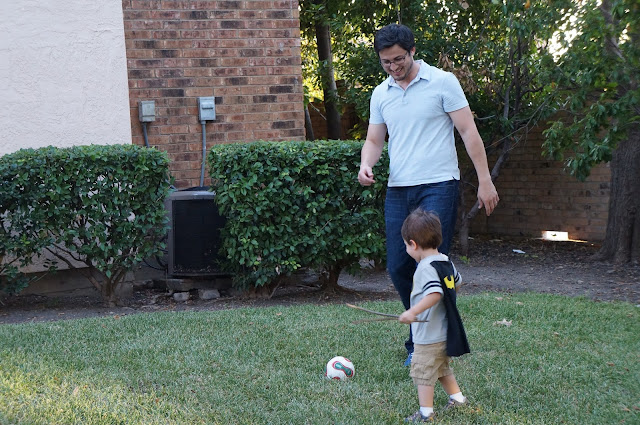 Thanks, Uncle A for the Batman shirt you got him a year ago. He fits in it now and is really enjoying the cape action. He doesn't know who Batman is, but he's always ready to serve and protect his little brother, Mama, Dada, family, and friends. He rescues toys all the time from their demise. He's so strong he can break sticks in half! all. day. long. He captures Mama in bear hugs daily. And, he keeps a crying brother from crying with his charmingly sweet personality and amazing response-time!

The boy is good and happy!

Posted by Amanda at August 13, 2013
Email ThisBlogThis!Share to TwitterShare to FacebookShare to Pinterest
Labels: Bigfoot, Fun, Linus, Sticks, Uncle A